https://www.youtube.com/watch?v=3CaTtP07o00 [Embed] THIS SCHOOL IN FLORIDA IS FIRING THE VAX'D TEACHERS. SHEDDING CONFIRMED. While the link lasts.

However syncytin-1 is not just present in placentas, it's also in the brain. Exposure via airways can result in autoimmune attacks against the brain tissue in both men and women. The mrna induced spike is not the sarscov2 spike, it is a new synthetic lookalike. its possible that the sarscov2 spike is too dissimilar from syncytin1 so that the immune system does not make the connection.

Even so, the mrna is designed to attack the native immune system, destroy it, and replace with it a useless thing that then attacks it's own host. It's a painful killing machine that creates tremendous suffering for the person vaxxed, then they expire.

This is a serious issue. The problem is, the source of intel on this is somewhat the people doing this to us and THEY LIE. So, anything they say will be really a lie to play down the death mechanism. It's only the doctors who are finally getting off their over paid, lazy asses, who are beginning to make headway into the death serum. And they lose resources to investigate, once it's known they are investigating the vaccine.

Not many that aren't in the network, can help us. Most of you do not know, even though I covered this extensively, that in the last four years, over 200 doctors, who were all vaccine skeptics, were murdered in their homes, all made to look like murder/suicide. See Erin's work on dead anti VAX doctors, on my juicing blog. No one paid attention, except for a few people, to that and the police never investigated a single case, closed the books on all of them. Fact.

Wild infectious agents like Lyme and Streptococcus intentionally utilize protein imitation like this to create an autoimmune condition in the body - one that degrades the body's tissue and allows for further penetration of the microbes into it.

In Lyme this can result in severe mental effects like suicidal, fits of rage, tic, hallucinations, etc., due to autoimmune attacks against the brain. Lyme disease came out of fort Dietrich MD. It was a bio weapon that got away from them, it is said.

It is important to make sure you take care to follow a lifestyle that reduces autoimmunity as much as possible. In this way, you can avoid autoimmune-based infertility from vaccinated people shedding the spike proteins. However, this seems an impossibility.

There are women reporting 30-day periods, no periods for 6 months, and menopausal women getting their periods again after getting the mRNA pokies. Same for women who have been in contact with the vaxxed. Some women are bleeding non-stop; a horrific fate, because, you see, they have to have that glass of wine every day, and it killed off all the vitamin K in their system. They have become hemophiliac. It takes a month of abstention to rebuild that back. Most doctors won't even tell women this. Wonder why that is...

Viral shedding goes for 10-21 days, once it starts. But with this mrna thing, we do not really know what is going on and for how long. And reshedding, as reinfection and the immune system dies off slowly, as it's doing to people.

I know a woman who had both jabs, was fine. 2nd jab was about two weeks ago or so. Now, she is doing with the worst, most horrendous flu and pneumonia ever. In point of fact, she is dying. She refused to listen, was advised against the jabs, but trusted the TV, because they scared the S...t out of her. She was one of the girls in Hitchcock's THE BIRDS, that was running from the crows at the school house in Bodega Bay. She won't see her next birthday. She doesn't have the heart to tell her family that her periods are back, at 74 years old. And there is nothing to be done, free will to choose. And she chose.

There is a lot of scientific data out there (including experimental studies) showing these collections of herbal medicines actively suppress autoimmune reactions within the body. Especially Tobacco, Knotweed, and Skullcap. Turmeric is a meme herb that everyone, even normies, know does this.

Anyway, one possibility I can think of off the top of my head is they somehow included an (((adjuvant))) sensitizer in the vaccines that sheds alongside the protein. OR the protein that's created by the mRNA vaccine is misfolded (prion-like). Both of those would allow vaccine shedding to cause an autoimmune response where the virus does not. 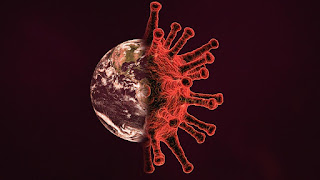 Who is doing this to us and when? It's too darn big to reproduce here, but go to this link. Every item has been verified. We don't ask why, because they've been telling us for years they want to destroy creation and they are.

In medical terms, 'shedding' refers to when someone's body is releasing viral particles. A person can be 'shedding' without having symptoms. For example, 70% of all Herpes infections occur during asymptomatic shedding! Always ask if someone has had Herpes if you are worried about it as they can shed without having an active symptom.

These new mRNA vaxxcines 'work' by giving your cells an mRNA blueprint to produce (supposedly) COVID spike proteins. The idea is that your body will identify these proteins as foreign and attack them, creating antibodies so it 'remembers' what COVID is. Now, a standard vaccine also works by attempting to create an immune response that produces antibodies. However, those kinds of vaccines only contain dead or inactivated viruses. They are incapable of reproduction, which means you know exactly how much (dead) virus you are giving someone.

mRNA vaccines however require your body to produce spike proteins as the first step. This means that it may produce far more spike protein than is actually required for a sufficient immune response! Additionally as it is being created in your cells and then expressed on the cell surface to be attacked by your immune system, it means you are essentially creating 'fake' viral cells.

Now, almost cells in your body eventually get replaced. Your skin cells have some of the fastest replacement rates! These dead skin cells are also 'shed' from your body. So when people are talking about vaxxtards 'shedding' COVID they mean they are shedding their own cells that are or have been producing COVID spike proteins and could even still contain the mRNA from the vaccine!

As for the prion stuff, I'm still reading through people's discussion on that. In the simplest terms of what a prion is though, think Agent Smith from the matrix. It's a protein that replicates by reshaping other proteins.

This whole thing is revealing to us all, that modern medicine does not care about us, the truth, or anything. Just their income and security. Like the police who are under CIA control, people need to see what doctors in our time are REALLY ABOUT.  It's not about the patient. Not anymore. They are killing us wholesale and what doctor would do that who has a soul?

Remember, this is the Great Reset in action. The NWO of slavers and blood drinkers want us gone.   Near 400,000 dead, admitted by VAERS. The...