Alexander wrote in his substack article: “Some senior doctors/CEOs in hospital (s) in various State (s) in US, have come forward to us advising that they decided to find us and come to us to say they are ready to talk. Scared about safety and careers will be destroyed. They were offered vaccine cards (fake) when they told their hospitals that they do not want the vaccine when they were mandated to take it, and the hospital leaders advised this will ensure they will not be suspended or fired. So you and I will ask, why? How come? Is it due to the lack of safety that these people know about? Or only to not fire these valuable doctors? We are told it may be country wide. So this is very very troubling.”

https://t.co/JAXAv8z3BA
Hospital CEOs & senior doctors, surgeons in US States, major US hospitals, what? What did you say? They were/are offered fake vaccine cards for NO vaccine? So no firing of you? If they say ‘NO’ jab?
If they say No to shot as too valuable to suspend

If true this is criminal. All of these people need to be flushed out
–
Dr. Paul Alexander: US Hospitals CEOs and Senior Doctors “Too Valuable To Suspend” Were Offered FAKE Vaccine Cards When They Refused the Jabhttps://t.co/RlCDebcjhB

Were told too valuable to the hospitals so offered/given fake cards. This is a real ongoing situation and this is being dealt with delicately by us for we want the doctors to come forward and they sought us out. So huge bravery by them. The rate limiting step so far is the proper forum and some cold feet (bullish one day, reticent the other) for people are scared for safety and careers. They do know there is risk but are willing as high level doctors/CEOs. But its delicate I know you would understand. But we are working on it for this is something the nation needs to know for the underlying reasons may be as disturbing and catastrophic. It could bring this vaccine mandate nightmare to a halt.

But what was shared so far is very disturbing. Is it that they/you know the vax is harmful? Is this the reason? CEOs and senior doctors know this and you, and so agree to give fake cards to ‘keep’ you on strength. To not suspend or fire, so fake cards. So they don’t want to have to suspend you as you are too valuable? Or do you and they know the vaccine is harmful and has huge risks? This is insane for shakes and takes down the entire vaccine mandate insanity. CEOs of major hospitals? Senior doctors, ER etc.?

This is the discussion I and others have been having with some doctors who have come forward, silently at this time, in fear of safety to them and families, and destruction of their name and careers. They are very scared for their safety but say it plain that this is a fight they are willing to wage now for it is destruction to humanity what is being done with the mandates. They do not agree and will share openly when they speak openly.

We are negotiating to have them speak openly and with a major news outfit we trust. In plain: they sought us out and told us that they are ready, scared but ready to break the news, that they refused as senior doctors to take the shot and the hospitals they are with in US, major states and outfits, leadership that includes senior doctors, agreed to give them fake cards so they don’t have to suspend. They refused and said ‘no’, they want proper religious or objection approved. No fake cards. They then put in, some of them, exemption requests and got them instantly. They are told its because the CEOs etc. are now scared they would spill the details.

But now they said they want to tell the US and world what is happening with these vaccine mandates when doctors and CEOs refuse for they think it is across the US. Not only the hospitals in their State (s) and group. They are so outraged that they were given this privilege while others, millions lost jobs and earnings and even lives who committed suicide due to the mandates etc. Our concern is they could get spooked, they want to talk but scared of the implications to their safety and families and their careers. They know it is likely over. They want to come out.

Alexander has been a fiery critic of the government COVID-19 response.

Alexander has been one of the foremost critics of the government’s response to COVID, advocating for natural immunity long before other ‘experts’ allowed even the possibility to be brought to the table.

“There is no other way, we need to establish herd [immunity], and it only comes about [by] allowing the non-high-risk groups [to] expose themselves to the virus. PERIOD,” he wrote in 2020. He then stated that young people have “zero to little risk” and shouldn’t fear infection, being an extremely low risk and thus an optimal catalyst for establishing herd immunity in the wider population.

In 2022, Alexander attended the Freedom Convoy protest to advocate for liberty in the face of medical tyranny and non-sensical COVID policies.

Another Edomite handed absolute power over the constitution to eliminate ALL TRUTH from America and beyond.

The irony is that she is meant for us to freak out over until she is removed and replaced, when really we should be freaking out over the creation of Disinformation Governance Board at all. Any talking head focusing on her instead of the fact that this completely unconstitutional department was created is not on our side. Every talking head is focused on her instead of the creation of a completely illegitimate agency.

Against Russians and Ukrainians. This is why Russia invaded, to protect its white Russian population from the Jewish controlled AZOVs, that was created by an Israeli billionaire and is controlled by the US CIA.

Lady in the film is correct, they turned their backs on God. And who will save them when a nation does that, America?

And in a few months time, it will be the West wandering the streets, looking for food, dodging bullets and bombs (from its OWN GOVERNMENTS, NOT RUSSIANS) AND WHO WILL SAVE THE WEST?

You have said, there is no God.

You have said, our own hands give us life, we come from primordial soup.

You have said, we can do whatever we want, its our body, life, country, world.

You have said, do for yourself, forget others.

You have said all this and more.

So, who do you expect to save you, the nephilim dogs that are wiping 7/8ths of you all out?

What will you say then?

The Edomite empire of Israel already controls the USA

Remember, Russia won't nuke us, but der shutzstaffel in DC will. 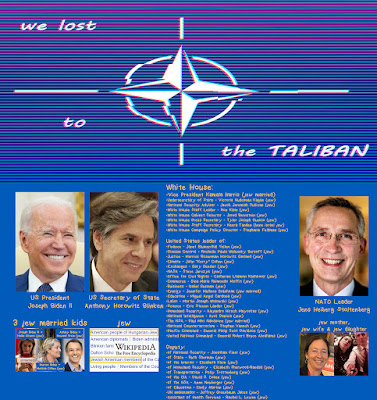 Email ThisBlogThis!Share to TwitterShare to FacebookShare to Pinterest
Labels: The Edomite empire of Israel already controls the USA

Azov SS Cannibals cook and eat their own men

Ukrainian SS nazi could not think of anything better than to make a blog about eating a piece of meat from a Russian soldier's bone. For human meat he went to Gostomel, where in one of the tanks he found the remains of a soldier (not the first freshness for a long time) and decided to eat them. And it was a Ukrainian T-64 tank. That is, he ate his own kind, another Azov.
These are evil, satanic people as has been told.

In 2014 after coupe in Kiev, mostly Russian population in Luhansk and Donetsk area (called Donbas) decided that they don't wont to live under new illegal nazi regime in Kiev, and they decided to separate from the government of Ukraine in Kiev.

It was a an act of a Divorce. Similar like a divorce in a marriage between man and a woman.

But even before 2014, government in Kiev was economically neglecting Donbas area, no social services, no infrastructure, no hospitals. etc etc. So what happened is, people in Donbas declared a divorce from Ukraine.

And instead of talking about it, peacefully negotiating, Ukrainian government in Kiev sent Ukrainian army there to bomb them into submission. So of course Russia gave Dombas military help so they can protect themselves from Ukrainian nazi attacks.

UKRAINIAN nazi swines were bombing civilians in Donbas since 2014 every day, killing innocent civilians. 14,000 people got killed since 2014, including women and children. And now Ukrainian murderers are crying that Russia is paying them back.

SATAN IS THE GOD OF NAZI UKRAINE.

WAR CRIMES COMMITTED BY UKRAINIAN ARMY.
SATAN IS THE GOD OF NAZI UKRAINE

Email ThisBlogThis!Share to TwitterShare to FacebookShare to Pinterest
Labels: Azov SS Cannibals cook and eat their own men

The Pain is Coming 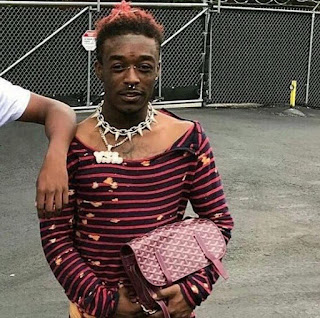 Email ThisBlogThis!Share to TwitterShare to FacebookShare to Pinterest
Labels: The Pain is Coming

Email ThisBlogThis!Share to TwitterShare to FacebookShare to Pinterest
Labels: Ukrainian POW tell a story of refusing to execute civilians and escaping US-backed nazies

To figure out the lie one must go back into History....
YES Russia was taken over by khazarayans to eliminate all Europian Anglos but Putin has restored Russia to its original People and YES those khazaryans murdered millions of Russians, Ukrainians and Germans.....Germany saved many from this liquidation....It is the US nephilim bankers who built the camps...

Funny how Russia was the good guy when under communism and Germany were the baddies...They confuse all to hide the fact khazaryans and ashkenazis from Ancient gog Turkey are the baddies...CAIN....

Email ThisBlogThis!Share to TwitterShare to FacebookShare to Pinterest
Labels: Ukraine afraid that Russians will leave

They even film themselves doing it and uploading it to their own channel, azov.org.
So, they surround each bus, murder the occupants, and steal the food meant for civilians, leaving no survivors and then BRAG ABOUT IT TO THE WORLD.

Go ahead and side with evil, but know you are on the wrong side of history and are in agreement with death. 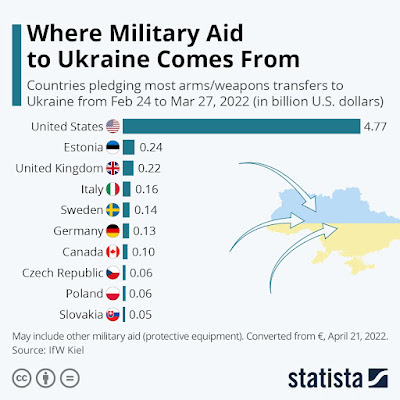 Ukrainian Authorities Use Witches and Satanic Rites in War with Russia (See Desc. for Translation)

Archpriest Andriy Tkachov of the Russian Orthodox Church points out that the Ukrainian government is openly attempting to use “witches and satanic rites” against Russian Alliance forces.

He says Ukraine has nothing left but to ask for help from demons, Satanists and sorcerers. “Obviously, all human means have run out, demonic means have begun … Arestovich’s appeal was to witches, to the sorcery community of Ukraine. They responded to him and announced some rites,” Tkachev said.

A Kiev-based witches coven called Witches Cauldron has publicly stated that they have "carefully designed" a three-part satanic ritual, meant to put a curse (hex) on Vladimir Putin personally.

Oleksiy Arestovych, an adviser to the head of the President’s Office, personally addressed the Ukrainian “war witches”. This happened after a rare Nazi victory in Chornobayivka. Arestovich wrote on social media: “Girls, first of all, keep it up. Secondly, you have now added a new place for festivals to Bald Mountain.”

Also in Konotop, a local woman addressed the occupiers, noting that every second woman in their city is a witch. She threatened the invaders with the 'loss of male potency.'

Being the way I am, I dealt with that coven today. No more sorcery for you. And your satanic portals on Bald Mountain?

You mean this one... 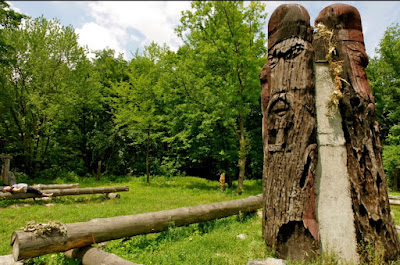 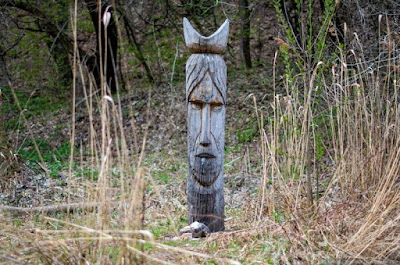 how about this one...

Let's not overlook this one, either, so I didn't...

If I missed any, let me know. I live for busting up Satanic Altars.