Oklahoma no longer mandates jabs for police but everyone else

Email ThisBlogThis!Share to TwitterShare to FacebookShare to Pinterest
Labels: cops get vax weapon pass, Oklahoma no longer mandates jabs for police but everyone else 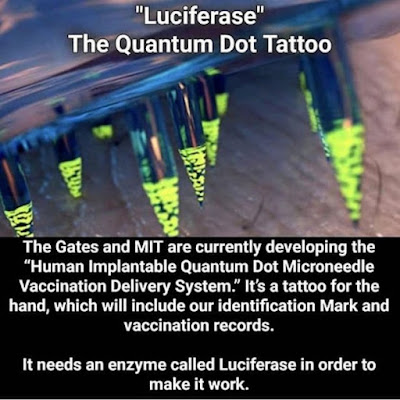 Biden: "You feel like you are in complete control."

Remember earlier this year and in years previous, it was said that women who birth once the weapon is released would birth monsters of varying kinds.

The parents are so proud to have their very own, brand spanking new bloodline for Satan. I am betting they get preferential treatment in the new NWO. Within 2 years, mommy and daddy...you know, your neighbors? They will have to provide the creeper with fresh flesh of the living to keep it having and to end those horrific banshee screams it emits when it is unhappy with ANYTHING.

Shall I go on? Do you really need me to?

The new James Bond movie, No time to die, totally reveals our era 2020-2022.  The antagonist, Lucifer (yeah, that's his first name) funds the creation of a nanobot weapon that uses DNA to target, persons (down to the individual) on up to groups as large as say, blacks or Asians. They even say that outright as a line in the film.

The weapon is deployed and quickly goes worldwide. They even say that they only need a certain percentage of the population to get infected to get all the rest. They show that they expect it to take about 18 months-and they show the modeling-to cover the world.

I sat through the thing, my first movie going in years, just shaking my head. It's everything that's going on right now. Of course, it's just one crazy villain, but the film also reveals that it was the intelligence agencies that fostered, funded, and created the weapon, with multi-nation unilateral support:MI6, CIA, etc.

In the end, they destroy the weapon factory, AFTER it has been released. 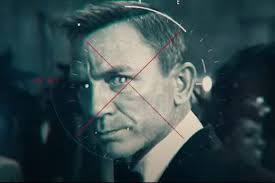 The shortages are here