There is no truth in these demonic shites. They are incapable of truth, only lying to cover the Deep State CIA lies and deceptions.

SNOPES covers for the Edomites and the CIA.

Email ThisBlogThis!Share to TwitterShare to FacebookShare to Pinterest
Labels: FACT CHECKERS: Snopes is run by rapists and pedophiles

A two-time Miss Transgender Peru winner has been arrested in Belgium after reportedly trafficking people into the sex trade, making some of them veritable slaves in Europe’s most famous legal red light districts.

Celeste Rivasplata, 34, is a widely known social media influencer in Peru for having won two national Miss Transgender titles in 2019 and 2021, as well as Miss International Peru that same year. But Rivasplata, a biological male who identifies as a woman, is now facing human trafficking charges after police became aware he was running an international sexual exploitation ring with one dozen victims.

According to La Meuse, Rivasplata would solicit vulnerable trans-identified young people from Peru, offering them a better life in Belgium. Mostly children.

While the exact ages of the victims is unknown (14- 23), Rivasplata’s father would collect fees from them in Peru prior to their departure to Belgium. Once they arrived, Rivasplata would strip them of their passports and tell them their debt could only be paid through prostitution. The victims were also threatened that their families back in Peru would be harmed if they did not comply.

Rivasplata rented apartments and hotel rooms in 6 cities in Belgium where prostitution had some legal protections, as well as in Utrecht, Netherlands, where he housed the victims, leaving them with nothing more than food. He then placed ads featuring the victims on the internet, including on red light district escorting websites, and handled the bookings. Clients were charged €150 to €300 for “passes” that then gave them access to their chosen victim.

The money Rivasplata collected was apparently laundered using an international wire transfer agency back to Peru, with some administrators being paid a bribe to not log Rivasplata’s identification with every transaction.

Rivasplata was arrested on July 7 after police became aware of the operation and connected him to the trafficking victims through digital means. He was jailed in a women’s holding cell in Berkendael prior to being released without conditions after a €7,000 bail was paid on Wednesday.

In local news reports on Rivasplata’s charges, he was referred to using feminine pronouns.

In 2019, Rivasplata was featured on multiple Peruvian television programs after the country introduced gender self-identification laws. In one interview, Rivasplata stated that previous Peruvian policies not allowing him to change his legal markers were unfair because he “felt like a woman” and wanted to be perceived and treated as one.

Our Spiritual World: Celebrities Pushing Satanic Cannibalism: These nephilim witches are the absolute darkness reaching out for more darkness. See for yourselves. DB 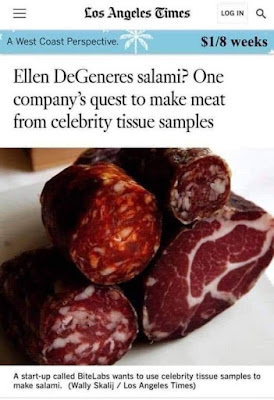 Here she is trying to climb out of her body bag (NOT DEAD) at the scene.

This was a targeted hit, using the old boston brakes approach, but as they do with airliners when they use the CM314 tech used in all Boeing commercial jets. Michael Hastings was another such murder, as was the Tiger woods crash. With digital switching now in cars, the ability to analog control the car or truck is now gone. They need only a laptop with your VIN and the CM code to access your everything.

Recall all those videos a few years ago that jewbietube took down about hackers hacking car electronics and DRIVING THE CARS WITHOUT ANYONE IN IT. That's how it's done.

Also  note, how firemen are nephilim coven assets as are the police. NO REAL EMT would do the things to an alleged burn victim, and lie about it to the media, unless a satanist. And Anne was no burn victim.

This was murder. She was intentionally killed.

Anne Heche was a member of the Frazzledrip/adrenochrome club. People around the elite tend to be killed off when "the master" calls.

She just finished a move ABOUT HUMAN TRAFFICKING in the Edomite community. They killed her for it. Interestingly, Anne Heche was in an epidemic/chemtrail/vaccine conspiracy movie back in 2008. Toxic Skies, a CIA limited hangout film to make chemtrails SEEM harmless.

Now, as a personal note. I met Anne in January of 1999. I was in Ojai at a hotel at the time, house hunting from living in Colorado. I was at Bart's books, and I knew Joe the owner very well. There she was in the mythology section, so I struck up a conversation with her. She was buying a book for a birthday on the "ancient gods" code for Lucifer's top bishes. Very nice and teeny tiny. Couldn't have weighed over 90 pounds.

Anne was a witch. I had the thing in front of me and the hitch hikers were literally crawling out of her head like so many small snake heads.

nd for those who do not believe she was a witch, please explain the below photo, which are witch cuttings by Ellen on her back. They make the finger lakes and its a big demonic deal with high level nephilim. The things these demonics get up to in order to get demons involved staggers the mind. Some "god" they worship. 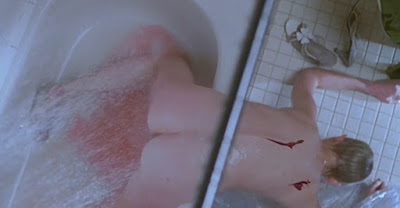 There is no space, only sky to the firmament. That satellites use helium balloons is your proof. Trust your eyes, not the liars at CIA/NASA phags.

Email ThisBlogThis!Share to TwitterShare to FacebookShare to Pinterest
Labels: SpaceX sats are helium balloons and are falling out of the sky
Older Posts Home
Subscribe to: Posts (Atom)

There is no truth in these demonic shites. They are incapable of truth, only lying to cover the Deep State CIA lies and deceptions. Why are ... 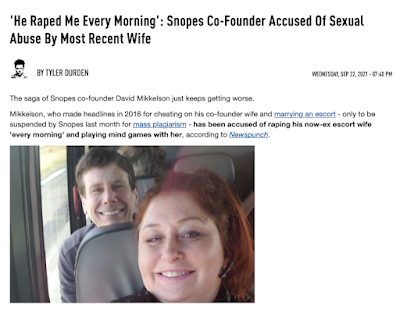