Email ThisBlogThis!Share to TwitterShare to FacebookShare to Pinterest
Labels: The Gerson Miracle cure for cancer 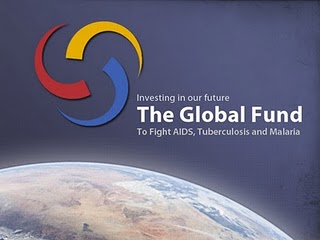 GENEVA — A $21.7 billion development fund backed by celebrities and hailed as an alternative to the bureaucracy of the United Nations sees as much as two-thirds of some grants eaten up by corruption, The Associated Press has learned.


Much of the money is accounted for with forged documents or improper bookkeeping, indicating it was pocketed, investigators for the Global Fund to Fight AIDS, Tuberculosis and Malaria say. Donated prescription drugs wind up being sold on the black market.

The fund's newly reinforced inspector general's office, which uncovered the corruption, can't give an overall accounting because it has examined only a tiny fraction of the $10 billion that the fund has spent since its creation in 2002. But the levels of corruption in the grants they have audited so far are astonishing.

In Zambia, where $3.5 million in spending was undocumented and one accountant pilfered $104,130, the fund decided the nation's health ministry simply couldn't manage the grants and put the United Nations in charge of them. The fund is trying to recover $7 million in "unsupported and ineligible costs" from the ministry.

The fund is pulling or suspending grants from nations where corruption is found, and demanding recipients return millions of dollars of misspent money.

"The messenger is being shot to some extent," fund spokesman Jon Liden said. "We would contend that we do not have any corruption problems that are significantly different in scale or nature to any other international financing institution."

To date, the United States, the European Union and other major donors have pledged $21.7 billion to the fund, the dominant financier of efforts to fight the three diseases. The fund has been a darling of the power set that will hold the World Economic Forum in the Swiss mountain village of Davos this week.

It was on the sidelines of Davos that rock star Bono launched a new global brand, (Product) Red, which donates a large share of profits to the Global Fund. Other prominent backers include former U.N. secretary-general Kofi Annan, French first lady Carla Bruni-Sarkozy and Microsoft founder Bill Gates, whose Bill and Melinda Gates Foundation gives $150 million a year.

PS Notice the occult MOBIUS, which is a stylized 666 in the logo of the GLOBAL FUND CHARITY? Says it all. About the charity, the people who created it, what the money is really being used for.

Remember the big March of Dimes expose's of the 1980s, where it was learned that less than one cent of every dollar donated to MOD was actually going to cancer research? And in recent years, when it was discovered that all these "donate your old automobile to help a child" charities hadn't given a cent in years to ANY kind of claimed charity. They simply kept the money.

And that is how organized charities function; as money sinks and white collar crime for the people who organize them.

PS it's interesting that the March of Dimes acronym is also the name moniker for a level of satanism known as the Mothers of Darkness. MOD.
Posted by Juicing and Raw Foods Sunboy

The Black Arts behind the Network

Email ThisBlogThis!Share to TwitterShare to FacebookShare to Pinterest
Labels: The Black Arts behind the Network

Major US cities are linking and have been linking cameras and audio mics from private businesses to their survellience camera networks. This has been going on since the creation of traffic cameras. Now, when you go into the gas station, starbucks, the grocery store, wherever...they are watching. Listening. The works. And if you think that they cannot understand what you are saying, then you need an education into lip-reading software that was developed by the NSA some twenty years ago.

The California Supreme Court allowed police Monday to search arrestees' cell phones without a warrant, saying defendants lose their privacy rights for any items they're carrying when taken into custody.

Monday's decision allows police "to rummage at leisure through the wealth of personal and business information that can be carried on a mobile phone or handheld computer merely because the device was taken from an arrestee's person," said Justice Kathryn Mickle Werdegar, joined in dissent by Justice Carlos Moreno
Posted by Juicing and Raw Foods Sunboy