Apollo 12 and 14 with the EXACT SAME LANDSCAPE? Opps, the Apollo Moon Fairy Tale gets shot down in flames

Buy your way to Heaven! The Catholic Church brings back indulgences

These days, you can get a deal on anything. Even salvation! Pope Benedict has announced that his faithful can once again pay the Catholic Church to ease their way through Purgatory and into the Gates of Heaven.

Never mind that Martin Luther fired up the Reformation because of them: Plenary Indulgences are back.

The vampires are back at gouging the gullible.
Posted by Juicing and Raw Foods Sunboy 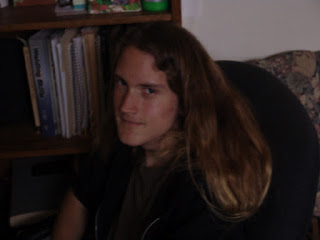 NaturalNews) The mainstream media has been busy hailing the supposed success of India's polio vaccine campaign over the past few years, with many news outlets now claiming that the disease has been fully eradicated throughout the country. But what these misinformation puppets are failing to disclose is the fact that cases of non-polio acute flaccid paralysis (NPAFP), a much more serious condition than that caused by polio, have skyrocketed as a result of the vaccine's widespread administration.


A recent report published in the Indian Journal of Medical Ethics (IJME) explains that, clinically, NPAFP is indistinguishable from polio paralysis. But according to the Office of Medical & Scientific Justice (OMSJ), NPAFP is twice as deadly as polio paralysis, and yet was not even an issue in India prior to the rollout of the massive polio vaccine campaigns.


In 2011, for instance, the year in which India was declared to be polio-free, there were 47,500 known cases of NPAFP, which is a shockingly high figure under the circumstances. And based on data collected from India's National Polio Surveillance Project, cases of NPAFP across India rose dramatically in direct proportion to the number of polio vaccines administered, which suggests that the vaccines were responsible for spurring the rapid spread of this deadly condition.


Similarly, cases of vaccine-associated polio paralysis (VAPP), a condition in which paralytic symptoms similar or identical to those caused by wild-type polio manifest themselves following the administration of polio vaccines, are also on the rise. Not only are the paralysis symptoms associated with NPAFP and VAPP typically far worse than those brought about by wild-type polio, but they can also accompany other negative side effects including neurological damage.


Far from being a success, in other words, India's polio vaccine campaign appears to have induced a new epidemic of a much worse type of polio-related paralysis that is even more deadly than the first one. And based on the figures, overall rates of NPAFP in particular are now 12 times higher in India following the polio vaccine campaigns, with some areas of the country reporting rates as elevated as 35 times higher.


India spent billions on the polio eradication scam when it could have used that money to improve water and sanitation
According to the IJME report, the entire polio vaccine scam in India was spawned from initial grants made by the Bill & Melinda Gates Foundation and various other groups that claimed the program would eventually pay off. But the overall costs once India started paying for the program quickly ballooned to more than 100 times the initial investment amount, with more than $2.5 billion and counting still being funneled into it.


"The Indian government finally had to fund this hugely expensive program, which cost the country 100 times more than the value of the initial grant," write the authors. "From India's perspective the exercise has been extremely costly both in terms of human suffering and in monetary terms. It is tempting to speculate what could have been achieved if the $2.5 billion spent on attempting to eradicate polio were spent on water and sanitation and routine immunization."


In their conclusion, the authors basically decry what Bill Gates and the others have done by injecting monetary grants for the program, noting that it epitomizes "nearly everything that is wrong with donor funded 'disease specific' vertical projects at the cost of investments in community-oriented primary health care (horizontal programs)."


Sources for this article include:

notice how the background doesn't﻿ have this effect, ruling out compression misdirects, like the toids like to explain away. Also, notice how the toids also wipes their face with their hands at times in other vids, causing a wahing away effect of the dimensional field being caught by the CCD receptors.
I've been reporting on this for 13 years...it's real. And some of us can see it with our own eyes.

We live in an era where that which is in shadow, comes into the light. This is evident in the areas of


The lies are visible. The truth of earth is visible. Look at all the people who are 911 and chemtrail aware, that would have never been twenty years ago, save for the few ahead of the curve who seek truth as a life modality.


In addition to an increase in general knowledge, the realities of the existence on earth - with all its varying dimensional aspects - are also become more visible. The receptors and cones in the eye, as well as certain etheric centers in the brain, heart and throat are increasingly making those dimensions nearest the physical, VISIBLE. Because of this, we see how things really are. We begin to see the design of this planet with all its wonders and, of course, horrrors.


One, it reveals that we are not just evolutionary meat sacks, walking around without spirit or souls. When the frequency expression of the inner is made manifest, then that fact reveals an inner radiant source. It also reveals the primary soul influences upon which are the life of blood of that soul. This is important to reflect upon, because much is revealed in this understanding.


This then forces the second reality upon the reflective thinker - if there is an inner reality that is becoming visible that is more than heart, tissue and bones, than what is it and why are some inner realities horrific demonic expressions whilst others are beautiful and radiant? That leads the thinker into the realms of spirit, God, evil, good, and the Meaning of Life.


Once such a soul embarks upon that line of country, there is but one road for them. To seek, understand, and know these ephemeral realities. Once understood, then the issue of choice and its effects upon the inner life are made manifest.


It all is becoming visible. Then the inevitable results.


What do you choose, now that you see, know, and understand. Do you want to end up like these demonic videos, with hideous black creatures overshadowing your every thought, urge, and feeling?


Or rather, do you want to see radiant blue and white rays extending from your mind and heart, as is visible with some of the pictures uploaded on my sites from time to time. Do you want to be a radiant loving sun, or a slothful gross creature that lurches like slime over your body?


Which do you choose?


For choose you must. The days are fast becoming that earth can no longer hide behind the ignorance of not knowing, when so much of the truth of existence is fast coming into painful relief.


We see it all...my family. What is barely coming into focus for the many in pics and vids, is small potatoes to us. We see all these dimensions and from birth onward. We KNOW what is and what is not.


We choose love. And truth. And honesty.


We choose the divine.


We choose God.
Posted by Juicing and Raw Foods Sunboy

Email ThisBlogThis!Share to TwitterShare to FacebookShare to Pinterest
Labels: truth of earth

Topic biblical flood and the days of Noah

The Children of Satan & the Fallen Angels

Hitler and his boss Rothchild

Water fluoridation is a highly controversial topic, with many individuals voicing massive concern over the practice. In contrast, some stick to the concept that there isn’t any association between fluoride and any real negative effects. Fluoride, however, is indeed a toxic substance, and has been tied with numerous health complications in well-established research. Fluoride can be found in many water supplies, toothpaste, and even food at alarming levels. While it may sound shocking to many, some research is even drawing a close connection between fluoride and an increased cancer risk.

Yiamouyiannis documents research showing that fluoride increases the tumor growth rate by 25% at only 1 ppm, produces melanotic tumors, transforms normal cells into cancer cells and increases the carcinogenesis of other chemicals. For the original references to these studies, refer to Yiamouyiannis’ pamphlet, Lifesavers Guide to Fluoridation.

In 1997, it was shown that fluoridation caused about 10,000 cancer deaths in epidemiological studies by Dr. Dean Burk, former head of the Cytochemistry Section at the National Cancer Institute and Yiamouyiannis. Despite the findings occurring in 1997, they were not reluctantly released until 1989. After analyzing the study results in rats, it was found that animals who drank fluoridated water:

Showed an increase in tumors and cancers in oral squamous cells.
Other research resurfaced by Dr. Dean Burk, former chief of cytochemistry at the National Cancer Institute for 30 years, also shows that fluoride increases the cancer death rate. Dr Burk refers to a study conducted which compares the 10 largest U.S. cities with fluoridation and the 10 largest without. What researchers found was that following fluoridation, deaths from cancer went up immediately- in as little as a year.

Developed a rare form of liver cancer known as hepatocholangiocarcinoma

The researchers write: "For children's dental health measures, it was found that fluoridation rates were not significantly related to the measures of either caries or overall condition of the teeth for urban or rural areas."

The Centers for Disease Control (CDC) says fluoridation reduces tooth decay. But, this study and others shows it hasn't. Tooth decay crises are occurring in all fluoridated cities, states and countries. And, the CDC reports the incidence and severity of children's primary tooth decay recently increased.

NYC's Chinese-American 2-to-11-year-olds, living in the low-income area of Manhattan's Chinatown have much more primary tooth decay when compared to white and other minority groups nationally (NYS Dental Journal June/July 2011).

Most of NYC's Chinese-American children are U.S. born - 63% have primary tooth decay compared to only 38% of children in a national study.

The authors write, "This high prevalence of caries in the primary dentition is also similar to a national survey of children in mainland China, where three out of four children were found to be affected by caries in primary teeth," averaging about 5 decayed teeth.

Legislation ( Int 0463-2011 ) is pending to stop fluoridation in New York City. Council Member Peter F. Vallone, Jr, the chief sponsor, says "There is a growing body of evidence that fluoride does more harm than good."

"Fluoride is neither a nutrient nor required for healthy teeth. Fluoridation must end," says Beeber.

The Lion of Judah

For I am the lion of judah, the Lord empowereth my voice to tremble the mighty in their halls and set the wicked to fear in the power of Christ. By the words of God is the oath given, that all righteous men take peace upon the Lord their God. For all evil men fear the truth, and they more fear the Lord their God in Heaven; for by his righteousness shall things be set a right.
Posted by Juicing and Raw Foods Sunboy

Email ThisBlogThis!Share to TwitterShare to FacebookShare to Pinterest
Labels: The Lion of Judah

Honoring the sacrifice on this day...Yeshua

Email ThisBlogThis!Share to TwitterShare to FacebookShare to Pinterest
Labels: gospel of John, movies