This was never about a virus, it's about slavery to the Beast

As the route of repentance was refused by the majority, this is all that is left.

It will not go well. DB

The governments are beginning to go totally rogue because peaceful protest does not cut it.

People are sending me emergency messages from Australia (where this site has thousands of readers) saying they are starting the roundup and opening the camps. An Australian that did not write also posted to a forum, slamming the forums for banning anyone who speaks about taking direct physical action to stop the roundup on the grounds that they are "promoting violence". All anyone posting about taking action is doing is trying to find ways to push back tyrants with force because at this point they have to if they want to stay alive. For god's sake people - anyone who has a public communication venue WAKE THE HELL UP TO WHAT IS HAPPENING AND GET ON THE RIGHT SIDE OF HISTORY. Saving a forum is not worth allowing a genocide.

I am going to say it like it is: ANY venue that bans people just because they say they have to now use force to stop their governments from killing them are on the side of history with Mao, the Bolsheviks who did Ukraine, and all the others that did horrendous genocides. PLAY TIME IS OVER. EITHER YOU ARE ON THE SIDE OF THE PEOPLE OR THE SIDE OF TYRANNY.

If your government is going to take you to your death, you stop them with any means possible, and I mean ANY MEANS. Playful protest at this point is going to get you killed. It's exactly what tyranny wants, because for as long as thing stay peaceful, tyranny has nothing to fear. PEACEFUL PROTEST IS USELESS WHEN THEY ARE ROUNDING YOU UP. DO WHAT IT TAKES TO STOP IT. ANYTHING GOES. PERIOD. END OF DISCUSSION. If the people of Austria, Australia, Germany, or any other soon to be shithole country don't stand up and stop it from becoming a shithole, WITH FORCE, a shithole is what they deserve and what they will have. FREEDOM IS NOT FREE. Gosh, everyone's been getting it for free and NOW IT IS TIME TO PAY OR IT WILL BE CANCELED along with many many lives.

Take a chance to put it right, or cower and die. Those are your options, don't be the horror movie girl that crouches in the corner and screams (like a peaceful protester) without lifting a finger to stop doom. The stuff I am getting out of Australia now is awful. They don't scream about "nothing", this is the first time EVER for anything like what they are saying, the government is ACTUALLY DOING IT NOW.

The camps are OPEN.

Yes, they contact traced out the dissidents, are accusing the dissidents of having COVID and ACTUALLY ARE now rounding them up plus anyone that did not break contact with them. It's not about Covid, it NEVER WAS. That is the kind of stuff I am getting in the inbox, Australians are suddenly frantic. Anyone in Australia, go back up to the paragraph that starts with "If your government" and read it again, REPEAT AS MANY TIMES AS IT TAKES TO REALIZE THAT TO EVERY THING THERE IS A SEASON, THE SEASON OF PEACE IS OVER. Trying to maintain it will result in the loss of EVERYTHING for EVERYONE. 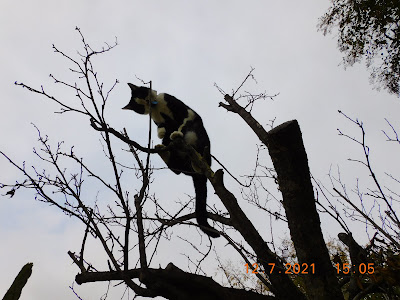