The Fauci is a misdirect, as I've been advising for some time

We have proof from on the scene researchers from the 1980s and 90s, who have gone on record, with documentation as revealed in video and the abstracts, that the weapon was initiated as an operational plan in 1974 and completed by 1993. Since then, testing. A great deal of it.

The whole Fauci and Gates thing is a misdirect from two things. Who the real patent owners are, the Rothschilds, and the research and testing was out of Ft. Dietrich, MD, DARPA.

It's on this site.

Here is another reveal on the matter; a further patent abstract of one of the latest versions of the weapons from 2015, not Wuhan, not Fauci, Not Gates. Though these two evil men have been responsible for various other deadly weapons, the KILL SHOT OF TRIBULATION is from the primary satanic bloodline of Merovingian Rothschild.

Fauci has been a useful fall guy and misdirect, so we get a double to continue the misdirect away from the true patent holders. 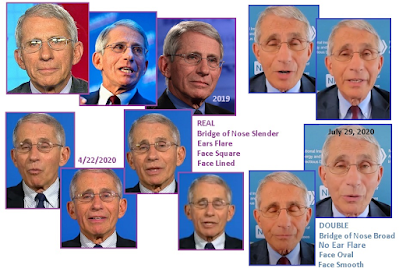 Amazon is watching you...for the CIA