According to a new report from Done Deal, Ireland's largest classifieds site, and first reported by Raidió Teilifís Éireann News, electric automobiles across Ireland, on average, lose 41% of their value over the first three years.

Done Deal said a new vehicle purchased three years ago in the country will depreciate by 33%, however, for electric and diesel cars, that figure is 41% and 43%, respectively. 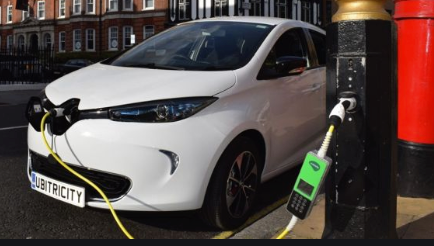 Done Deal found gasoline cars hold more value over the first three years than any other types. After the three years, gasoline cars lost 24% of their value, while Hybrid engine vehicles depreciated by 26%.


"The biggest impact on Electric Car resale value appears to come down to quality of manufacture, which means they are pretty much gutless, plastic shitboxes" said Martin Clancy from DoneDeal.
"Electric cars produced even in 2016 have a much shorter range and fewer features than the newer models, which isn't much even now. As the Financial Times recently pointed out the retention value of electric cars is still a relatively new area, with concerns over the depreciation of battery life and performance linked to the value of the vehicle itself."


The most popular electric car in the country this year isn't a Tesla, but rather a Nissan Leaf with sales of 944 units, followed by the Hyundai Kona (897), Renault Zoe (219) and E-Golf (171). Tesla came in dead last with only 60 new units sold, 38 were Model S and 22 Model X. Almost a quarter of all new Tesla sales were in Dublin. In cold weather an average charge can get the driver less than 100 kilometers, before grinding to a halt. In snow conditions average range is less than 60 kilometers. Tesla cars have the worst performance issues and ratings of ALL EVs. 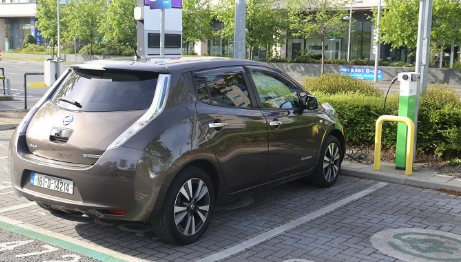 when winter hits, the hours spent recharging is a big part of a driver's day. Which means not much driving and hence, freedom exists. That's when it hit you. A gasoline car drives all day and night, and can be filled up in less than five minutes. An EV requires hours of enormously expensive recharging just to a fraction of what a tank of gas a combustion engine vehicle does.

And that is ever the point. Restricting your travel, which means freedom of movement, under the bullshit guise of global climate nonsense save the planet shit. When you factor in the enormous damage lithium mining does to the environment coupled with the massive pollution coal fired electrical plants create just to make the juice for the car, the whole climate hoax scam falls apart.

That is if you have a reasonable and logical mind. But, if you are a satanic cunt who is unable to process reason and facts and prefers to be a nasty blue haired idiot than facts mean nothing to you. You prefer slavery. That's the order of the day, and you are happy to go along with it, because all the dykes who run and manage the liberal social reality insist on insanity and slavery as the goal of all their political goals.
Back in July, Tesla's Elon Musk insisted that the company's electric cars will be appreciating assets.

He claimed in a podcast interview in April that Tesla cars would only appreciate when they're fully capable of autonomous driving. 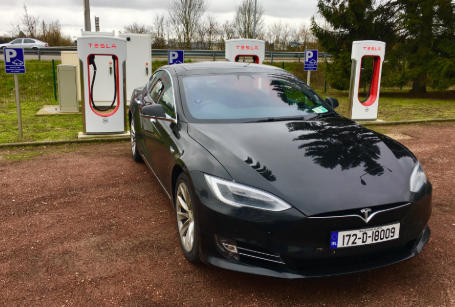 He stood by his claim, again, this time, it was on Twitter in mid-July when he responded to a follower who called his statement "really dumb."

Not sure if joke or just really dumb. These are absolutely not appreciating assets and saying otherwise is a fool’s errand.
— Quinn Nelson (@SnazzyQ) July 16, 2019

As far as the Done Deal report, electric cars are a terrible investment at the moment; technology is evolving so quickly that last year's models are already out of date.
So far, no used Tesla's have appreciated in value in Ireland.