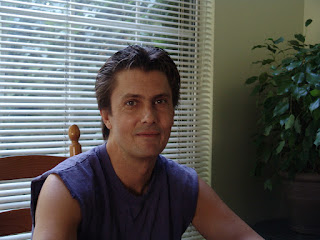 Don or DB or CBSWORKS or Dorkboy. I answer to them all.

911 had just happened. Pissed off and in shock, America and much of the world took a massive body blow and was just beginning to cope with it all. It was in that atmosphere of exposing the demolition early on, that I stumbled across Don Croft's website—not much of one, more of a listing on a page from somewhere—through cyberspace orbit, out of Oregon.

Don's short little article discussed Reich technology and its use to clear up polluted atmosphere. With chemtrails being pulled into the public awareness by myself and a dozen other people starting in late 1997, if his technology worked, than this could be just the thing to hit back against the Omega Squadron and their jets of death.

So, we talked, shared ideas and I acquainted him with my chemtrail awareness work, blogs (even in those days, I was doing what I do now: expose evil, reveal the light), and desire to test out his tech. He soon appeared at my door with a cloudbuster and we set right to work.

And, as advertised, the cloudbuster worked.

In Don I found a person who was genuinely kind, funny, eager to do good, and...he was a big Monty Python fan, as am I. We hit it right off. A real nice guy of a nice guy. My sons instantly loved him.

And so it was I began making orgone and experimenting with it. At first the only idea abouts was the Holy Hand Grenade or HHG. Which we made in varying sizes, shapes, crystals, frequencies and generators, etc.

Two things right off that changed in my world, because of this orgone. First, my ice cube trays started sprouting fields of crystals that shot in various directions, widths, and lengths. It was amazing. This was in February of 2002. At the time, there were maybe five people total that knew about and were watching what we were doing with it. 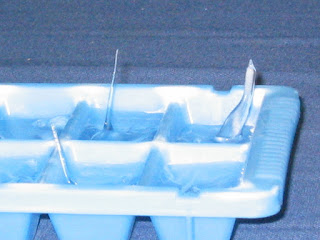 The second thing we noticed, was that plants whose branches used to point mostly downward, within 60 days, were all pointing upward. A kind of “reach for the sky” thing. I called it the candelabra effect of orgone, because that is exactly what transpired once orgone was on the scene.

From then on I paid real attention, to the water, the trees, grass, every living kind of thing. Plants grew bigger in their pots, trees went candelabra, And everything had a slightly more vibrant feel. Also, orgone that was blessed in the name of the Most High, dispelled bad vibes (and bad people) pretty quickly. Around the nephilim, it was like opening up a bible in a biker bar.

So, between January of 2002 through late 2008, I gifted. Every week. Over the years I stitched much of California, it's major reservoirs, rivers, streams, hot spots, known (and not so known) satanic locales, you name it. Probably some several thousand tower busters, earth pipes, hhgs. There is truly no way to know. I still have the maps I used, so as I finished stitching up a city, I would yellow marker the area. It took several years to do it all, but it got done. Including hundreds all over the Pacific ocean. My sons and I would say, as we were usually swarmed by dolphins when we went surfing, this was because of all the orgone that really cleaned up the water and made it...more shiny. The difference at our surf spots was demonstrable.

Actually, there was a third effect that also became very visible. Certain kinds of orgone, from certain people, would cause nephilim shifts from round eyes to slits, or the eyes going completely black. But, for me, the biggest effect of walking around with orgone on my person, was the erratic behavior total strangers would undergo to fits, shouting and rage blurting, as well as a sense of panic they emitted. Those first few years, many total strangers in stores, post offices, malls, restaurants, would lose their sh*t and try to pick fights with me or just simply START YELLING IN MY DIRECTION for no reason at all.

Once Don and I went into a local Kmart so I could get some flip flops that I had lost on our BIG devil's punch bowl event that nearly killed him, myself, and Ryan McGinty. We walk into the store (it's August, so we are both in bare feet and shorts) and this hideously angry and tattooed covered Hispanic lady in her obviously twenties, marched up to us as I was paying to leave and ordered us out of the store. Her eyes were completely black, which she kept bringing her long hair in front of her eyes to hide it. But no dice. We saw her eyes. She informed us she was the store manager (Yeah, reptoids have all the power) still yelling as loud as she could, just kept pointing toward the door as I got my change and walked out.

This has happened to me countless times. Very often, it exposes them more than it hinders me in any way. The thing to do, when this happens is. Stand your ground, unless they have a legal right to evict you from the location. Just start with the Lord's Prayer. And smile, you are doing your job as a human being.

After awhile, you can tell in the first few seconds, whom in the room is nephilim with demonic attachments and whom is not.

Somewhere around 2004, the reptoids must have got the word, because even though they still shifted, the loud displays of rage and blurting stopped. They learned to control themselves. What was found out later was that it was not the meat sack—the person in front of you—it was their demonic attachments or hitchhikers, as I call them, that were losing it, inside the host.

The key to vibrant orgone is the blessing the crystal receives and holds. There is a reason holy men and women, sanctify and bless a place with salt CRYSTALS. Crystals hold a spiritual charge, for good or ill. THIS IS THE KEY. Without the key, you just have energetic potentials that shape to the pattern of the crystal's matrix. Understand?

The varying types of quartz crystals and other semi-precious stones, lend themselves to certain frequencies we call healing, growth, etc. Some do not. It's just what we discovered after field trials with people, animals, and plants. It was a fun time. It truly was a breakthrough of a kind, but also, dangerous.

Hence, the blessing removes any chance of satanic foul play and there are people then and now, who do not play nice. Their motive is chaos, death, and violence and their orgone can be sources of hindrance in a home, rather than a blessing. That's the test.

Anyways, that's how it all got started. I've left out people, I know. And much detail. But, I intend to write down the more pertinent stuff we witnessed and worked on, for the benefit of those not there at the time.

And what a time it was.

PS I bless my orgone in the name of Yeshua.