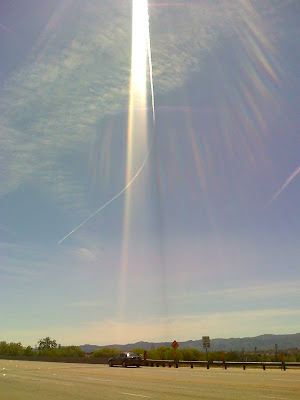 Email ThisBlogThis!Share to TwitterShare to FacebookShare to Pinterest
Labels: blessings

Invalid Argument Terms/Techniques(some of these terms do not always imply an invalid technique,but the ploy can be labeled as such)

Ad Antiquitam Appealing to convention or traditional action as a proof of validity.
Ad hoc Simply means directed to a single proposition or issue--no further implications intended. A proliferation of ad hoc adjustments to a theory indicates a crisis in acceptability.
Ad hominem (abusive) Attacking the behavior or character of the man instead of his argument. Appealing to emotions and/or prejudices rather than to intellect or reason.
Ad Novitam Appealing to modernity or newness as a proof of validity.
Associationism Implying that an associative relationship is a causative one.
Affirming the Consequent Within valid logic structure when we say that if A is true then B is true, we must prove A to be true in order to conclude that B is true. Affirming the consequent is to erroneously conclude that A is true upon finding that B is true.
Authoritarianism Unquestioning reliance on an authority or expert.
Composition Fallacy Applying to the whole the properties of the parts.
Defeatism Claiming an end is impossible to achieve as a reason for not following a line of reason.
De fide Literally "of faith", but implying revealed by god and requiring unconditional assent.
Denying the Antecedent Within valid logic structure when we say that if A is true then B is true, we must not assume B to be false because A is false. Denying the antecedent is to erroneously conclude that B is false upon finding that A is false.
Derision Using an emphasis on ridicule to assail a premise or argument.
Dis-accreditation The ploy of pointing out a lack of formal accreditation on the other side.
Disaffirmation A contradiction or repudiation of a premise formerly stated or agreed upon.
Dismissal Dismissing a premise, hypothesis or theory before hearing the argument.
Dis-qualification Excusing oneself by the ploy of being formally or academically unqualified.
Division Fallacy Applying to the part what may be true of the whole.
Dogmatism Unwarranted or arrogant stating of opinion or position.
Equivocation Using the same term or word in different and incomparable senses.
Enthusiasm Originally implying supernatural inspiration, it is often used to try to override logic.
Exaggeration Overemphasizing to an extreme degree.
False Analogy An offering of resemblances that don't really imply essential similarity.
Gamblers Fallacy Thinking that some pattern of the past has an influence on a truly random event.
Genetic Fallacy The Origin of something is erroneously ascribed.
Ignotum per ignotius The attempt to defend an assertion against criticism by deriving it from some "general principle" that is even more vulnerable to that criticism.
Illogical Based on faulty logic.
Invalid Emphasis Accenting or stressing a word or phrase in a sentence where that accent or emphasis changes the probably received meaning..
Invalid Syllogism A syllogism is a major premise, minor premise and valid conclusion such as: All virtues are laudable, kindness is a virtue; therefore kindness is laudable. An invalid form would be: Some Danes are dogs, Lars is a Dane; therefore Lars is a dog.
Irrelevance Where an argument that may support one conclusion is used to support another, or where the argument is misguided or oblique to the issue at hand.
Hyper-limitation Intentionally and/or needlessly limiting the number of options or possibilities.
Hypocrisy* Originally meant lacking in judgment or lacking the quality of careful and critical thinking. Now used here to denote an agenda other than to arrive at the truth.
Loaded Questions Asking questions where no simple response can be reasonable, or where any response implies acceptance of what is asserted as part of the question.
Mala fide With intent to deceive.
Mal entendu Misunderstood or poorly conceived.
Mal absurdum Mis-characterization or invalid reduction to an absurdity..
Misinform To supply with misleading information.
Non-comparable Not worthy of comparison.
Non sequitur Latin for out of sequence, a break in the chain of logic with an unwarranted leap.
Pedantism A demand to prove the case within the conventional framework..
Petitio principii Assuming in the premise of an argument the conclusion which is to be substantiated; a form of circular reasoning.
Post Hoc Ergo Prompter Hoc An argument that implies that since A preceded B in time, A caused B.
Proton Pseudos First or fundamental falsity or error. Many times arguments start with this up front or as a hidden assumption.
Red Herring Raising an issue or challenge that is not relevant or is simply a distraction from the issue at hand.
Reductionism Any method or theory that reduces data, information or processes to seeming equivalents that are less complex or developed than is the real case.
Reification The attempt to make a purely abstract idea or concept into a real-world extant entity.
Red Herring The introduction of extraneous material or irrelevant argument to divert attention or focus on the issue at hand.
Simplistic Demand Demanding a simple or inadequate answer to a complex question or issue.
Special Pleading Using a double-standard to require less rigorous treatment for one's own assertion than one would use against a counter assertion.
Straw man Arguing against a premise no one has taken, knocking that premise down, and then assuming or implying that you have then discredited the original at question.
Tautology A form of needless repetition or circular reasoning that does not advance understanding.
Ultra-Symbolism Confusing the symbol with the reality for which it stands.
Unilateralism Taking into account only one side of an issue or matter.
Posted by Juicing and Raw Foods Sunboy

Why High Fructose Corn Syrup IS Worse For You than Sugar

Is it really organic anymore?

Preparing for Civil Unrest in America 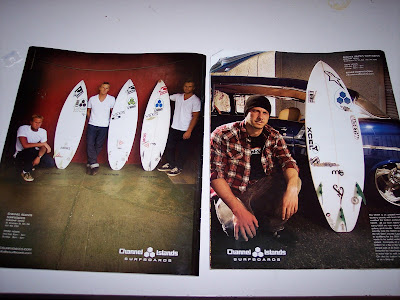 Because we've yet to reach that time when those that follow the darker paths in life will be more forthcoming regarding their way of life, we must look at how they communicate their reality to those within their ranks. We seek this understanding because symbols convey information and also, translate energy forms into varying degrees of demonstrable power. It is important that we understand the world around us and why it appears the way it is and most importantly, who is running it the way they do. An aware and intelligent understanding helps us make wiser choices in our life.

Dark side symbols are everywhere you look, these days, and in every department of commerce. Especially so.

In the world of surfing, one of the biggest surfing pro sponsors is Channel Islands Surfboards; practically every big-name surfer on the pro tour surfing circuit uses their boards, ad nauseum. You see Channel Island surfboards everywhere you go—there’s no escaping them. Well, let’s take a look at how this company presents itself to the world. Corporations love logos, sigils, and symbols, and Channel Islands has one that at first blush, seems a tad weird, but hey…whatever, right?

Look at the picture below. These are typical CI board ads and they can be found in every surfer magazine, large and small. Their logo is highlighted by the blue circles which I’ve added to their ad, so you can discern them from other companies.

Somewhat a strange corporate logo, right? Well, it’s actually 666. For each side of the hexagon numbers six sides. The three hexagons reveal the triumvirate of 666.

This is how it’s done. Rather than just stamp 666 on their boards, they found a way to hide it in plain site. Only those who refuse to sleepwalk through their life understand the true intent and meanings of such actions and choices. And think about it. Big corporation chooses such an odd set of math symbols for its logo? Why? Now you know…

There is another company that is doing something very similar to what Channel Islands is doing: Xcel. I’ve highlighted their company symbol as well.
Posted by Juicing and Raw Foods Sunboy