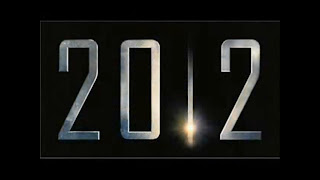 As can be seen, the big 2012 push this year for next year is actually a set of double elevens seperated by an upside cross, the sign of Satanism in the occult. All the big bugs pushing 2012 are now using this symbol. They are shouting out to anyone with eyes to see, that what they are hoping for next year is a satanic rising of lucifer in the form of Princess Willimina (Prince WIlliam, or I AM WILL.)

The satanic credo is to do your own will, no matter the cost. Do your own thing. Your will over all others. Being the chief devil incarnate, billy boy was given that name as an extreme exponent of that wholly evil idea.

Email ThisBlogThis!Share to TwitterShare to FacebookShare to Pinterest
Labels: 2012

The dollar is dying and by design. There are zero accidents with money or politics. 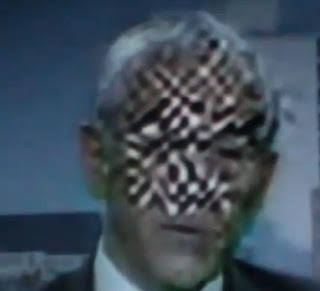 Face it, you cannot be in politics without being in the satanic network. Period. RP is there as a lightening rod for the disenchanted and those stupid enough to believe that politics still means representation for the people, ie, those still brainwashed and unable to see the truth.

Email ThisBlogThis!Share to TwitterShare to FacebookShare to Pinterest
Labels: ron paul is a satanic reptilian

Email ThisBlogThis!Share to TwitterShare to FacebookShare to Pinterest
Labels: Yahoo Sells All Its Users Private Email Contents to U.S. Agencies for Small Price 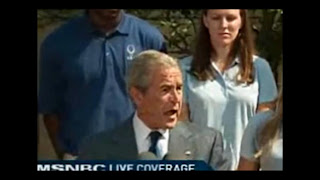 Artist with demon attached and in shift 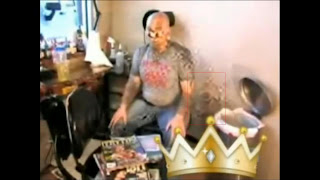 Email ThisBlogThis!Share to TwitterShare to FacebookShare to Pinterest
Labels: scientology

Understanding how inflation works: the Kingdom of Moltz

Email ThisBlogThis!Share to TwitterShare to FacebookShare to Pinterest
Labels: Moltz

Email ThisBlogThis!Share to TwitterShare to FacebookShare to Pinterest
Labels: The Hospital Gestapo

Email ThisBlogThis!Share to TwitterShare to FacebookShare to Pinterest
Labels: Destroying the Postal Service - another Manufactured Crisis

PUtting your kids in corporate care is dangerous, as once again, another large national chain is doing satanic ritual abuse

SALT LAKE CITY (CN) - Hundreds of parents claim a group of boarding schools tortured their children: locked them in dog cages, forced them to lie in feces and eat vomit, masturbated them and denied the troubled teens any religion "except for the Mormon faith."


The Utah-based World Wide Association Of Specialty Programs and Schools and its owners - Robert Lichfield, Brent Facer and Ken Kay - went to great lengths to hide the "torture," which began in the mid-1990s and continued for a decade, the 357 plaintiffs claim in Salt Lake County Court.

The plaintiffs say that 59 schools and owners tied to the company "jointly promoted, advertised, and marketed defendants' residential boarding schools as a place where children with problems could get an education while receiving instruction and direction in behavior modification for emotional growth and personal development."

But they say the children were subjected to physical, emotional and sexual abuse at the schools including, Cross Creek Center for Boys, Brightway Adolescent Hospital and Red Rock Springs. They say the abuses inflicted upon some children for years "could be accurately described as torture."

According to the complaint, students were locked in boxes, cages and basements at the schools, denied medical and dental care, and forced "to carry heavy bags of sand around their necks or logs throughout the day over many days."

Students were "forced to eat their own vomit ... bound and tied by hands and/or feet ... chained and locked in dog cages ... forced to lie in, or wear, urine and feces ... forced to sleep on cold concrete floors, boxspring, or plywood," and put to forced labor, the complaint states.

Children were "kicked, beaten, thrown and slammed to the ground ... forced to eat raw or rotten food ... poked and prodded with various objects while being strip searched ... denied any religious affiliation, except for the Mormon faith ... [and] threatened [with] severe punishment, including death, if they told anyone of their abuses and poor living conditions," according to the complaint.

Their mail was confiscated, and personal visits and telephone calls were forbidden or discouraged, the parents say.

"At all times relevant, defendants did not disclose to the parents the physical, emotional, mental, and/or sexual abuse to which their children were subjected at their facilities and conspired, even to this day, to prevent them from discovering such abuse," the complaint states.

The defendant company still operates residential centers in Utah, South Carolina and Costa Rica, but has faced school shutdowns in Mexico, Jamaica and Samoa amid child abuse investigations, according to the complaint. It says that more than 2,100 students were enrolled in its schools in 2003.

Gibson guitars and the death of America

It's ironic that an event like Gibson guitars - a company that still makes its guitars here in the USA, rather than using cheap Asian labor - is being targeted by the Feds and having its plants closed and its materials stolen.
Are they being charged with any crimes? No.

Are they breaking any laws? No.

When Gibson finally did find out why the government was harrassing them, they were told to close their US plants and open overseas.

See, folks. I've been informing my readers since 1998 that the destruction of America - first with the death of its industries, second with the removal of its constitutions - WAS A PLANNED AND ONGOING OPERATION. The Gibson thing proves that there NEVER will be any kind of recovery or jobs or new spring here. Except for the wealthy and those working for state or federal agencies, everyone else is getting screwed.

When the government attacks a business without filing any charges or stating anything or PROVIDING A SEARCH WARRANT, than you have before you a police state. And when, afters months of harrassment you do get an answer, you find out its because they want you to move all your manufacturing overseas to China or some such place.

The good paying jobs are gone and will never return, except for those laboring in the war industries or in the government. Even health care is on the list for destruction. It goes next and is already feeling it.

America is being taken down on every level. And, as we keep attacking countries that have never harmed Americans simply to remove them from the global playing field, than America can now proudly stand shoulder to shoulder with Adolph Hitler and smile. For that is was he did and he became. With one exception. Hitler at least kept the factories running and had free health care. In Amerika, we don't even get that.

So, as you listen to the paid liars on TV talk abour economic recovery, have yourself a good laugh. You know the truth. The truth is before your eyes, if you care to see honestly at what is happening around you.

Just scanning the titles of this last leaves one with the clear impression and awareness that the 911 event was a false-flag, staged event. Undeniable.
http://www.thebirdman.org/Index/Others/Others-Doc-ConspiracyTheory&NWO/+Doc-ConspiracyTheory-911/150SmokingGunsFor911Conspiracy.htm
Posted by Juicing and Raw Foods Sunboy

Gulf of Mexico oil slicks still abound, with fresh ones appearing all the time...

Pilots and boaters are photographing huge ten mile long oil slicks over the Deepwater Horizon site. Fresh slicks. So, the oil spill is still ongoing.
Same as it ever was...
http://www.rawstory.com/rawreplay/2011/09/new-evidence-of-a-massive-oil-slick-near-deepwater-horizon-site/
Posted by Juicing and Raw Foods Sunboy

Email ThisBlogThis!Share to TwitterShare to FacebookShare to Pinterest
Labels: 6'4" Cop Bullies 4'11" Videographer as She Videos a BP Worker Taken Away in Ambulance, death of the gulf of mexico, deepwater horizon

Tapes that were recorded within months of President John F. Kennedy’s assassination and that have been sealed in a vault at the Kennedy Library in Boston are soon to be released. In the tapes, former First Lady Jackie Kennedy reveals that she believed Vice President Lyndon Baines Johnson and other influential individuals orchestrated the Dallas shooting that killed her husband.


Jackie went on to marry Greek shipping tycoon Aristotle Onassis, of course. Mrs. Kennedy had ordered that the tapes should not be released until 50 years after her death. She died 17 years ago from cancer at the age of 64. Now, her daughter, Caroline Kennedy, has agreed to release the recordings early. According to press reports, the tapes will be aired by ABC and by British broadcasters as well. The tapes are also said to reveal illicit affairs by both President Kennedy and Jackie.

According to DailyMail, “Jackie Onassis believed that Lyndon B. Johnson and a cabal of Texas tycoons were involved in the assassination of her husband John F. Kennedy, ‘explosive’ recordings are set to reveal.

“The secret tapes will show that the former first lady felt that her husband’s successor was at the heart of the plot to murder him.

“She became convinced that the then vice president, along with businessmen in the South, had orchestrated the Dallas shooting, with gunman Lee Harvey Oswald–long claimed to have been a lone assassin–merely part of a much larger conspiracy.”


And since we are talking about conspiracies, I want to go ahead and just say up front: I believe that anyone who thinks that there are no conspiracies that many times involve people and agencies at the highest levels of government and business is downright simple minded, willingly ignorant, incredibly naïve, or has a personal, vested reason to remain clueless.

Is there really anyone reading this column who actually believes the “official” story that Lee Harvey Oswald assassinated President Kennedy in the manner in which he is purportedly to have done it: all by himself? Get real! Now we know that even Jackie Kennedy, who was in the limo when her husband was killed, didn’t believe it!

I further believe that the assassination of John Kennedy was a major turning point in US history. It was at this point that a criminal cabal wrested control of the federal government from the hands of “We the People” and turned it into a giant mafia. I don’t believe the people and their representatives in Washington, D.C., have had much to do with their federal government (especially at the executive level) ever since.

Email ThisBlogThis!Share to TwitterShare to FacebookShare to Pinterest
Labels: jfk

CHRIS DANIEL: Mr. Juszkiewicz, did an agent of the US government suggest to you that your problems would go away if you used Madagascar labor instead of American labor?


HENRY JUSZKIEWICZ: They actually wrote that in a pleading.

HENRY JUSKIEWICZ: They actually wrote that it a pleading.

CHRIS DANIEL: That your problems would go away if you used Madagascar labor instead of our labor?