Crazy Eyes is BACK! 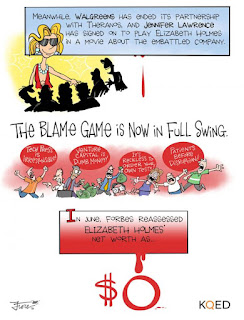 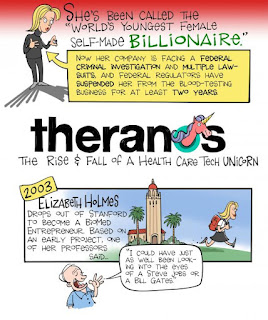 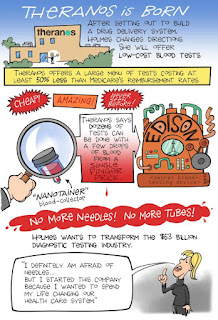 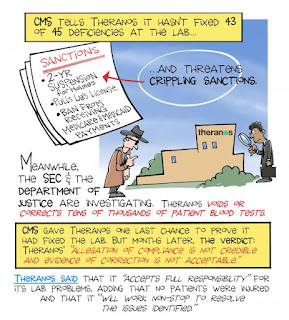 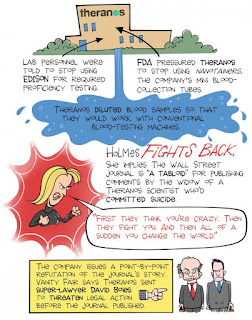 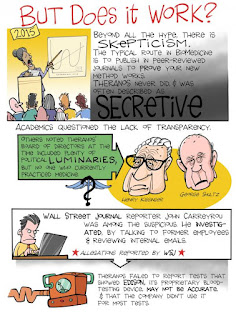 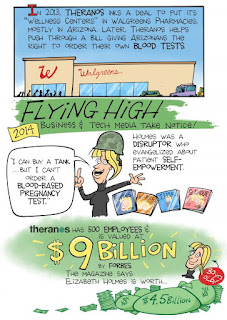 Mass fraud, thousands of dead people, and a missing 10 billion dollars doesn't seem to put any kind of dent into the train wreck of Elizabeth Holmes and her satanic cronies...

From the Slope of Hope: I saw a headline on December 24 which put a damper on my Christmas Eve:

Ummm - - so why on earth would this bug me? I don't have a dog in this fight. If Theranos goes bankrupt, it doesn't hurt or help me one bit. If they become the most valuable company in the world (ha!), the situation is the same. Utterly neutral and meaningless. So why should I care?
I've been pondering my reaction. Theranos is no stranger to the Slope of Hope, as I've written about this train wreck at length on eight separate occasions. For most of 2017, I wondered what had happened to them, because the media went completely silent on them. Ms. Holmes' own Twitter account hasn't issued a tweet for over two years (!), and every time I drive by the gorgeous Theranos headquarters here in Palo Alto, I see a completely empty parking lot. So I figured she basically got away with raising $900 million and having a ruined company without any consequence. But it seems I was wrong.
With the $100,000,000 that Fortress Investment is inexplicably throwing at Theranos, the company has now raised a billion bucks. I figure Holmes must have some SERIOUS dirt on somebody, because nothing about this makes any sense at all. Yes, yes, I realize her board of directors used to have every deep state slimeball imaginable, so maybe that helps, but let's face it, the Theranos name is mud. I would wager its brand has NEGATIVE value. If you were starting a brand new medical device company, and you could give it the Theranos name for, say, ten dollars, would you do it? Yeah, I didn't think so.
So, again, why should I care? Well, I think part of it is this:
Holmes' whole schtick was how she was the reincarnation of Steve Jobs. From the bizarre diet to the black turtlenecks to the secrecy ("Hey! Our stuff doesn't work at all! Shhhhhh! Don't say anything!"), she held herself out as a younger Steve Jobs who wore a B-cup. For a while, the media gobbled it up, and they actually put her on the front cover of national magazines, repeating the claim that she was worth $4.5 billion. She - - how shall I put this? - - wasn't.

Here we see Ms. Holmes describing the $100 million as a great investment on a conference call, whose listeners couldn't detect the air quotes. Why isn't she in prison for all the dead people?

I remain floored anyone would put another dime into this place. As the recent Wall Street Journal article mentioned, "An investigation by the Journal in October 2015 sparked a wave of scrutiny about Theranos' practices, at a time when the company had a valuation of around $10 billion. Holmes has continued to lead Theranos through settling multiple lawsuits. However, investigations opened by both the Justice Department and the Securities and Exchange Commission are ongoing." So they are tits-deep in lawsuits and angry shareholders, both Holmes and Theranos have been banned from running labs, and their name has become synonymous with smoke and mirrors. What's going on here? Just because you throw on a white lab coat doesn't make you a genius scientist.
Joking aside, I think for me what bugs the holy hell out of me is simply the disappointment. The past eight years have shown us an environment in which fraud, government bailouts, and crooked executives go unpunished, if not celebrated. Once in a blue moon, there's a piece of shit company which is finally exposed for what it is (other examples - - Color.com and Clinkle.com) and blow up in front of our eyes. We saw that with Theranos, and even though their success or failure doesn't affect my life one iota, it gave me some minuscule degree of satisfaction that there was still a little bit of judgment, discernment, and fairness to the world.
So when Theranos had an H-bomb dropped on them, and Holmes disappeared from the press, and their parking lot went empty, and their office space went up for least, I thought to myself: there's still a little bit of sense left out there. But I was wrong. There isn't. And if you're a mildly-attractive slender blonde with some razzle-dazzle and the right connections, you can get away with just about anything.

When she was on magazine covers and blitzing with interviews, I never heard a single coherent sentence out of her.  Every question she droned on with empty memes like "access".   She rambled without ending so interviewers would cut in for the next question.

In high school, she earned average grades.  She was on the track team, and she was lapped so badly by everyone else that they had to announce the race was not finished and to stay off the track so she could finish.  That means she never went to practice.

However, that laughable performance was twisted into some big character plus, her "will" being so strong she could actually stay in and finish the race two laps behind the field, what a competitor!
Her father was CIA.  Why do you think Kissenger and all the other elite insiders were on her board?  That is how she got into Stanford, on their CIA "International" program that sent her to China and she flunked out.

Not dropped out.  Flunked out.  She's stupid.  A moron by comparison to Stanford students that have to make SAT and GPA minimums.

Because the CIA owns so much of the media, they blew her up into the next Steve Jobs as she did nothing more than dress like him and talk in a deep voice.

The important question is why.  How could she become worth $9 billion and MILLIONS of fake lab tests be conducted, hundreds of millions in one retailer setting up Health Centers without a working prototype of the machine? 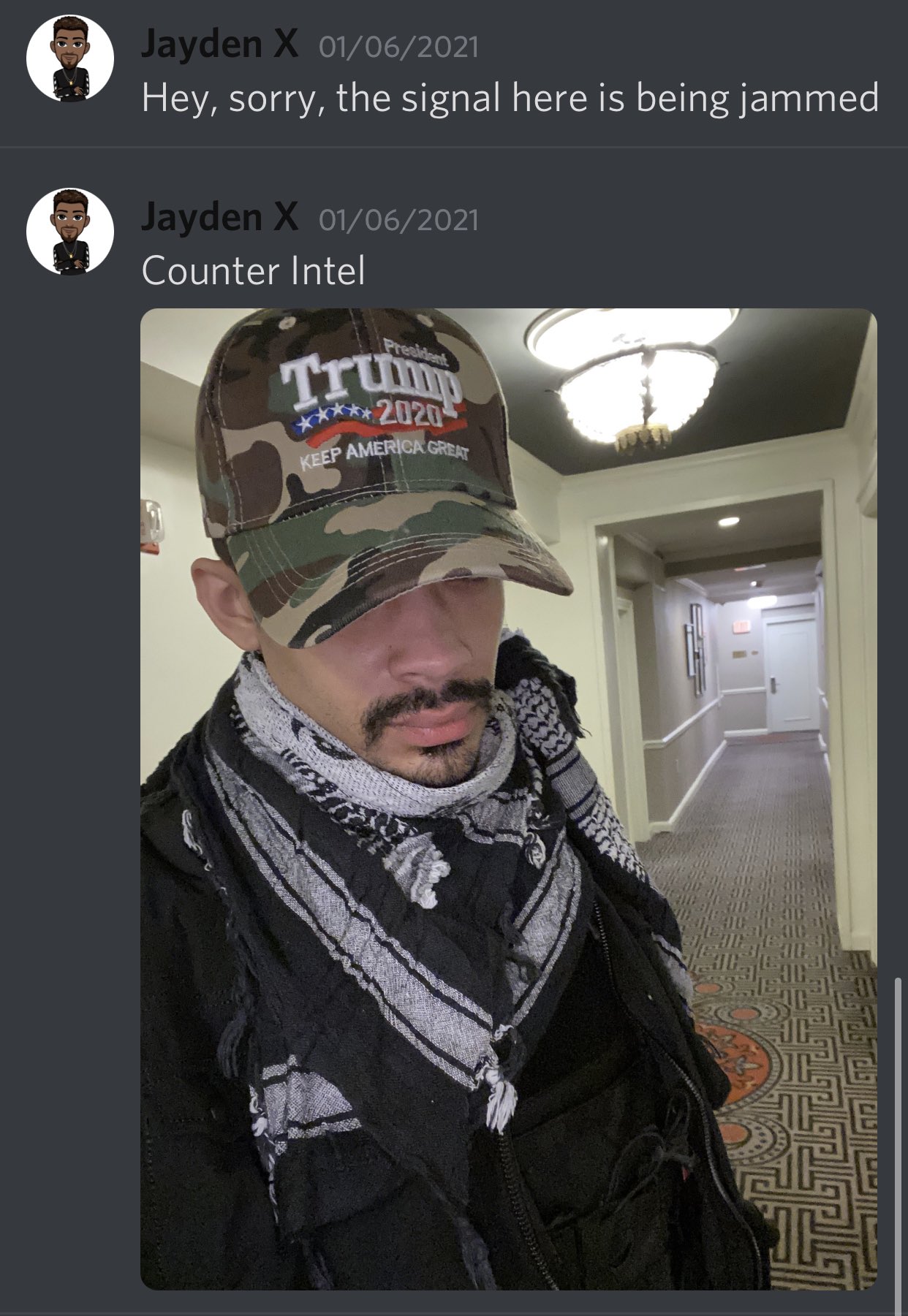