President Trump is brilliant. He allowed the ” Tech Giants ” to expose themselves to the American People, and then hang themselves. If he had intervened earlier, he would be attacked as a Dictator, or Tyrant, so he let the powerfully corrupt Tech Giants hang themselves, and it is beautiful. Now, everyone sees it, and they are pissed, and Tech Giants are going to be slapped down hard, possibly broken up, heavily fined, and heavily regulated, along with being able to be sued. There is no back-pedaling now, it is a done deal.

Shut the social medias down until after the election and a thorough investigation.

As if anyone needed more evidence of Silicon Valley's overt political bias - just weeks before Twitter and Facebook nuked Biden corruption revelations from their platforms with the intensity of a thousand suns, executives from both companies joined the Biden transition team.

In a bombshell report from the New York Post, leaked emails reveal that Hunter Biden introduced his father to a Burisma executive less than a year before then-VP Joe Biden pressured the Ukrainian government into firing its chief prosecutor investigating the company - something Biden openly bragged about on tape.

As soon as the news hit, social media cracked down - suspending accounts who shared the story - including the NY Post, and preventing people from tweeting it or sharing it in Direct Messages (DMs). Twitter defended itself, claiming in a nebulous statement that they do not allow 'content obtained through hacking that contains private information, may put people in physical harm or danger, or contains trade secrets.'

The Biden emails weren't hacked - they were found on a laptop reportedly dropped off at a Delaware computer repair store. Yet, Twitter had no problem allowing President Trump's leaked tax records on the platform.

So terrible that Facebook and Twitter took down the story of “Smoking Gun” emails related to Sleepy Joe Biden and his son, Hunter, in the @NYPost. It is only the beginning for them. There is nothing worse than a corrupt politician. REPEAL SECTION 230!!! https://t.co/g1RJFpIVUZ

Perhaps the selective enforcement of content which is politically harmful to Democrats can be explained by recent hires by the Biden transition team.

According to Breitbart, Twitter Public Policy Director Carlos Monje left the social media giant to join Biden's transition team in September. He will reportedly serve as co-chair of Biden's infrastructure policy committee, and helped organize a fundraiser for the former VP this week, according to an invitation from Politico.

Monje has worked in the world of presidential transition politics in the past, previously serving as the director of agency review on the team that prepared for Secretary of State Hillary Clinton’s administration, which failed to take flight. Monje also worked on the Obama administration team’s 2008 national security working group according to his LinkedIn profile.

Monje also acted as deputy policy director during Obama’s first run for office and subsequently served as a senior policy advisor and special assistant to the president on the Domestic Policy Council. Monje’s final years in the administration were spent in the Transporation Department before he departed for Twitter. -Breitbart

Meanwhile in October, Biden's transition team hired Facebook executive Jessica Hertz to its general counsel to deal with 'ethics' issues. Notably, Facebook was the first platform to ban the Post article - with former Democrat staffer and Facebook communications team member Andy Stone tweeting that the company would be 'reducing its distribution.'

While I will intentionally not link to the New York Post, I want be clear that this story is eligible to be fact checked by Facebook's third-party fact checking partners. In the meantime, we are reducing its distribution on our platform.

So, does anyone believe Jack Dorsey when he says the company doesn't shadowban content based on political beliefs? 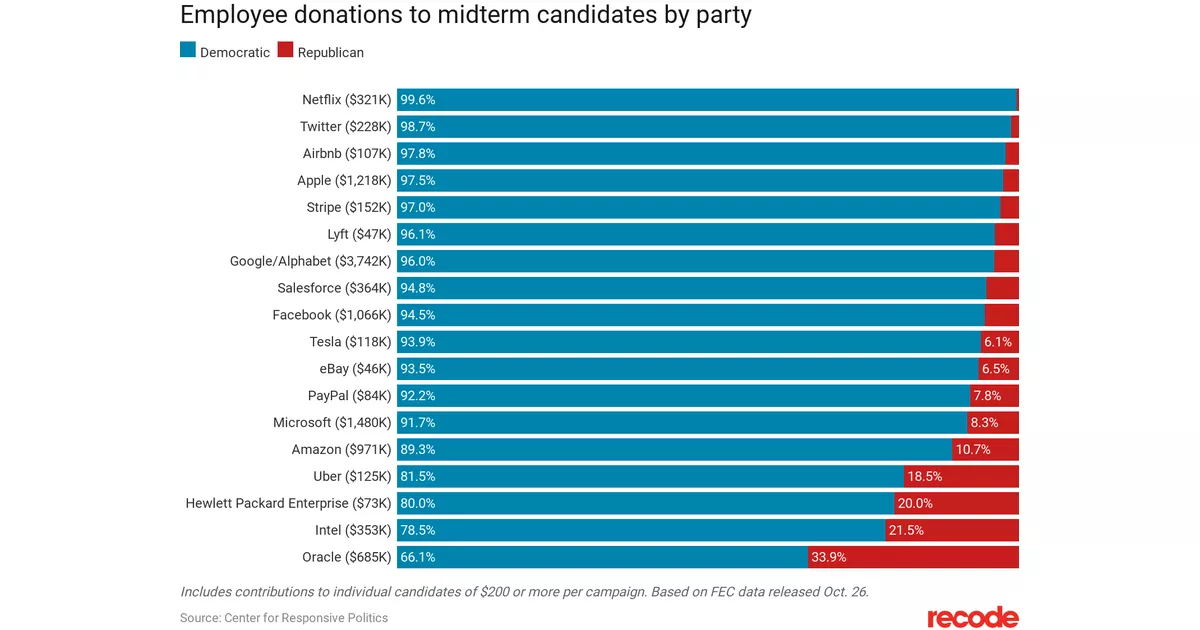 To be clear, this is not a grand conspiracy wherein Sherman is taking bribes to dutifully obey Tech. They are nakedly a collaborative ideological monolith, and that makes it worse. pic.twitter.com/R2zfxVkH4o