Last year, this guy said he would NEVER take the vax weapon because he didn't need it. Hmmm. Then, yesterday, on camera, he pushed the weapon. A bunch of times.

1. Told people to get weaponized. Many, many times.

2. Revealed he was himself, weaponized. (a lie)

3. Kept repeating at odd times, to get weaponized.

4. He also kept saying we still have our freedoms. That is a bold faced lie, as everyone knows. There are so many state, county, city and corporate diktats to get weaponized or ELSE out there, plus the vax weapon passport, that it's hard to keep up with them all.

And this is a year later, with millions and millions of deaths worldwide. A WHO whistleblower revealed recently that 200,000 people a week are being murdered by the weapon, worldwide. That's above and beyond the 40k people that normally die from the meat sack life on Earth.

But, that's still too slow for their agenda. Their real goal is 1 million deaths PER WEEK. That's 1,000,000 bodies per week. Some go to food processing plants; others get dumped in mass graves.

Trump never mentioned the outstanding and redundant proof about

A great many people walked out on him while he was speaking. Just like they did at the last Trump rally. He was all, vote for me, vote for me.

Right. Fat lot of good voting for you in 2020 did. He could have stopped the theft, declared an illegal election, and forced the situation in emergency session and by EO, to have a one time, paper ballot only vote. He did none of those things. He had a dozen ways to peacefully resolve the vote crisis last year and DID NOTHING. Then, at the end, he handed the satanists the country on a platter and gave them just enough of a lying reason to attack christian conservatives. The Jan 6th event, which this country is still dealing with, because he folded like a cheap suit.

I voted for him, mainly to stop the Hildebeast from coming to power, double or no double. He did restore a great many things, which were instantly undone in the first 2 weeks of the CIA controlled opposition in the form of the bad state actor sniffy. Sniffy is in Los Angeles, with the other bad actors, pretending to be President and all that. My readers are well aware of the evidence provided here to prove out this obvious fact.

Trump just buried himself. The crowd damn well knows exactly what the weapon is, mostly, and want no part of an evil invention designed to murder them and their friends and family.

And, as we all know, voting in our times is a joke. Identity politics plays upon the weak minded only so far, as people wake up to the real enemies and dangers they are facing. What he's doing is so 2018. In 2021, all the BS is visible to see, if one wishes to see and know, the Truth.

Are you seeing it yet?

Anyone who pushes the weapon is your enemy. They want you dead. That's the outcome of the jibbyjabby - DEATH.

The alternative of survival of the weapon is to become a zombified rake. Under the master control of 5G and the dark phreaks who run it.

Are you seeing it...YET? 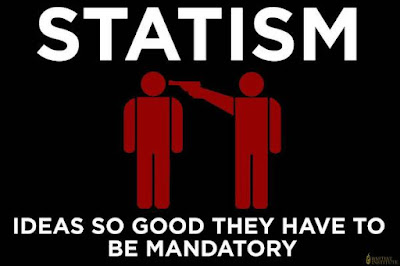