Court filings are accomplishing nothing so far, except give the satanists more time to cement their position 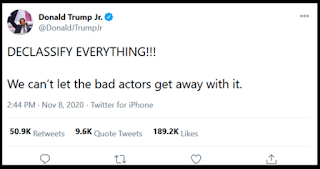 A slide into the abyss

Have you read what these Communist fools intend?

The Harris regime is openly stating their plans for 2021. This is what we lost and gained. We gained massive amounts of unending evil, pain, and destruction for the next 8 years and beyond. Consider

The above plans are just an inkling of the overall agenda of what is coming, this winter. It is indeed a Dark WInter. A winter of despair and death. If the court challenges fail-and they are likely too, given the judges who are deciding this are against Americans and freedom and are satanists assisting a satanic agenda. 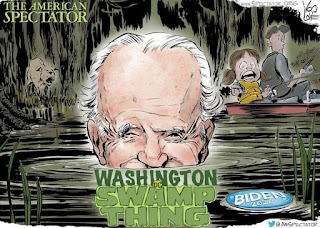 After a weekend to listening to biden creeps declaring victory, it appears the play to let the dems hang themselves with malfeasance failed. All that apparently happened is that the dems were ready - we were not, being honest - and they made damn sure the delusion of winning was repeated AS IF it were true. Now, to rescind all that, seems nearly sysiphus in reality. An impossible task, with governments each day ACKNOWLEDGING their victory.

The only way the South could win over the North is to get foreign recognition to validate their government. It never came, they lost the war.

When foreign governments say openly they ONLY recognize a biden win than it's over. No amount of court filings - which are DOING NOTHING is going to fix this.

Seems to me, sadly.

Trump's advisors should have foreseen a court outcome that might be too little too late. They failed him and us. And here we are...about to pay for those errors with destroyed lives, homes, and families.

But why be depressed? Gosh, we get tranny pedo twerkers who seduce and traumatize our children. And we let them. Because we are more concerned if our neighbors like us than keeping the kids safe.

We also gained. We gained a soul. Yes, we did. Millions of regular Americans, under God, and in prayer, turned as one country and united. That alone is worth the price of admission.

That alone, makes it all understandable.

I saw, for the first time in my life, a nation with unity and hope. We acted unified in the Spirit of Truth and Freedom. Things you read about in fiction and old movies, but never get to see as a real thing.

And that was us, we all. We became this spiritually invested and aligned with the Most High YHVH, as to actually--again for a few weeks--as a nation WITH A SOUL.

It is nice to see...while it lasts. Which, given the right breaks, it can last forever.