It was not that long ago, that some folks were wringing their hands about drought in California, claiming that normal rains were a thing of the past.  The NY Times and other outlets warned of "permanent" and "unending" drought fueled by global warming.

2013-2015 were dry years, but 2017 was extremely wet, 2018 was near normal, and 2019 is turning out to be a real soaker.    The official U.S. Drought Monitor, which often lags behind facts on the ground,  officially removed drought status from California this winter.
This winter, the water situation is extraordinarily good for virtually all of California, with their very large reservoir system storing much more water than normal.   Let's examine the situation.
Here is the difference from normal of the accumulated precipitation over the past six months.  Nearly the entire southwest U.S. was above normal, with parts of California being 8-20 inches above normal...that is a lot in California. 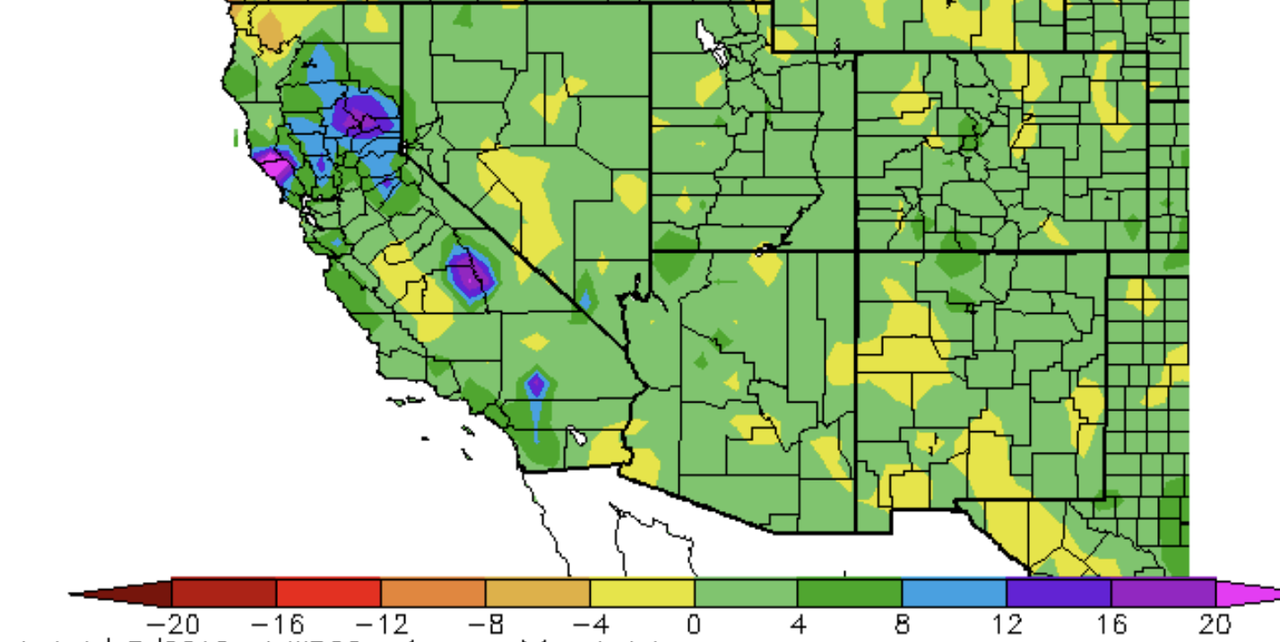 Water storage is everything in California, and unlike Washington State, they have multi-year storage capacity.  Why?  Because historically California experiences more variation between wet and dry years than the more reliably wet Pacific Northwest.
The current reservoir conditions are excellent, with all of the major reservoirs being well above normal.  Some are even near capacity (e.g., San Luis and Lake Shasta). 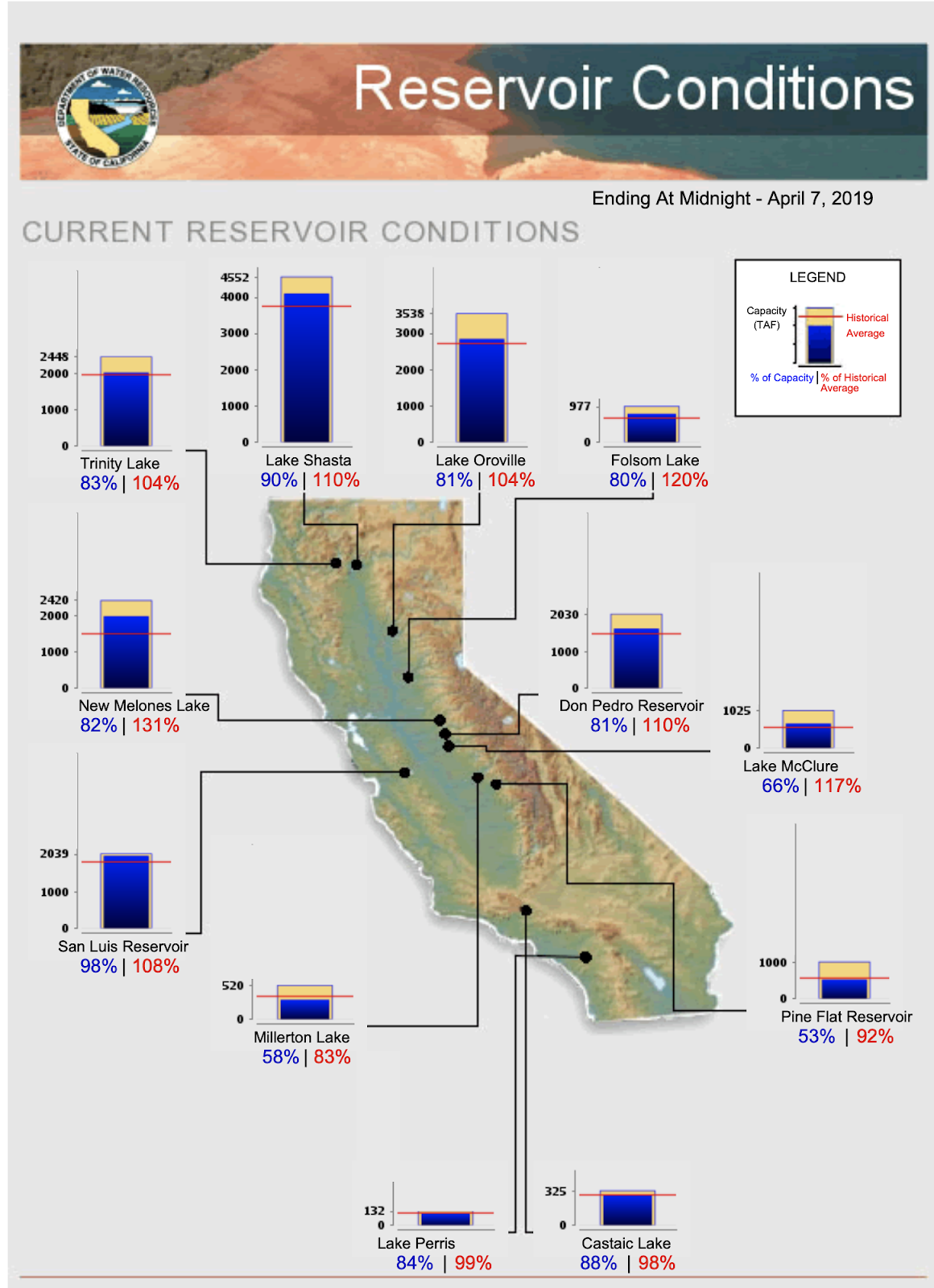 The other major water storage system is the snowpack....and CA has a HUGE snowpack this year, averaging about 165% of normal (see below). 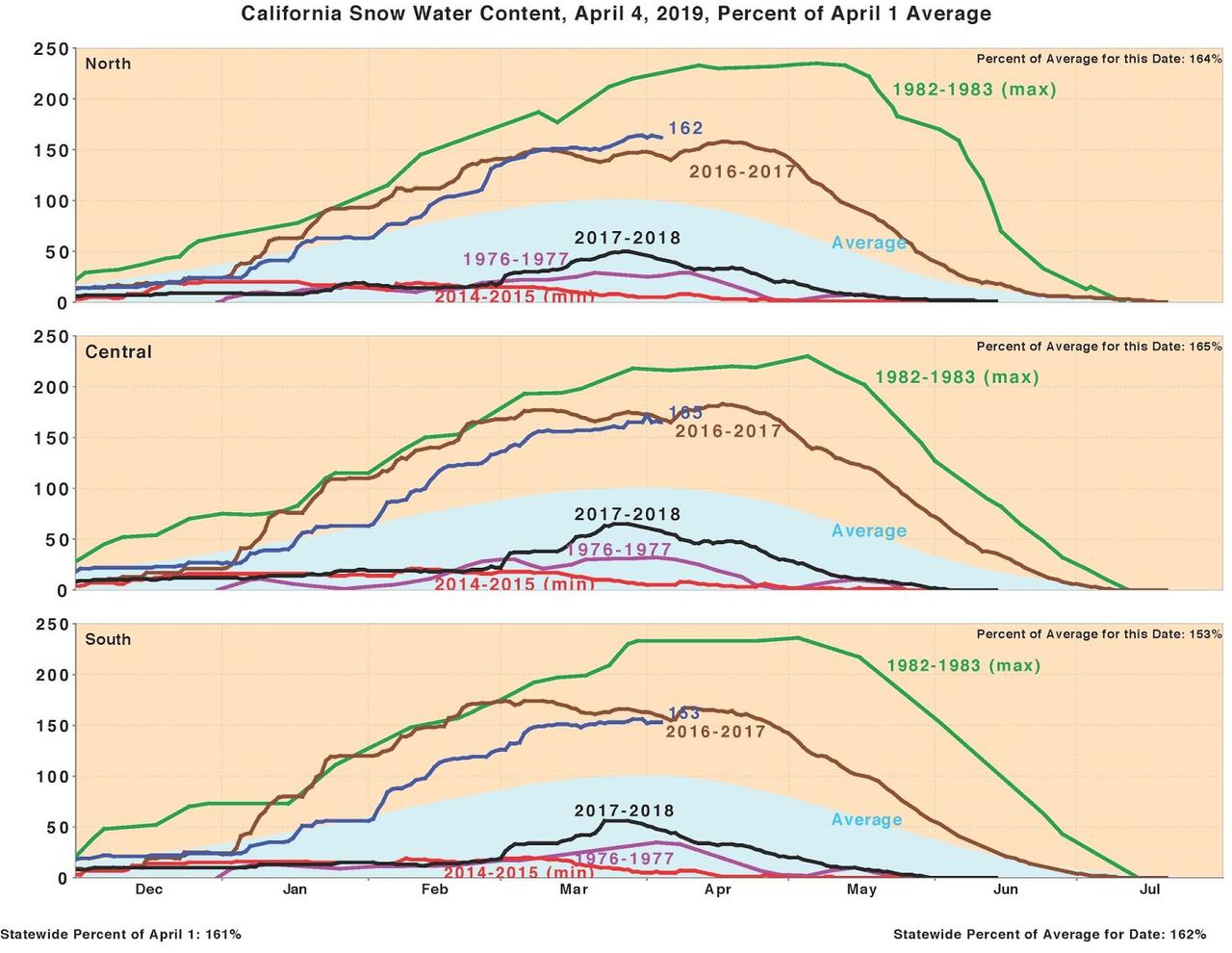 Streamflow?   No worries.  Streams are running much above normal or high over the northern portion of the state ( blue and black colors) and near normal over most of the southern half. 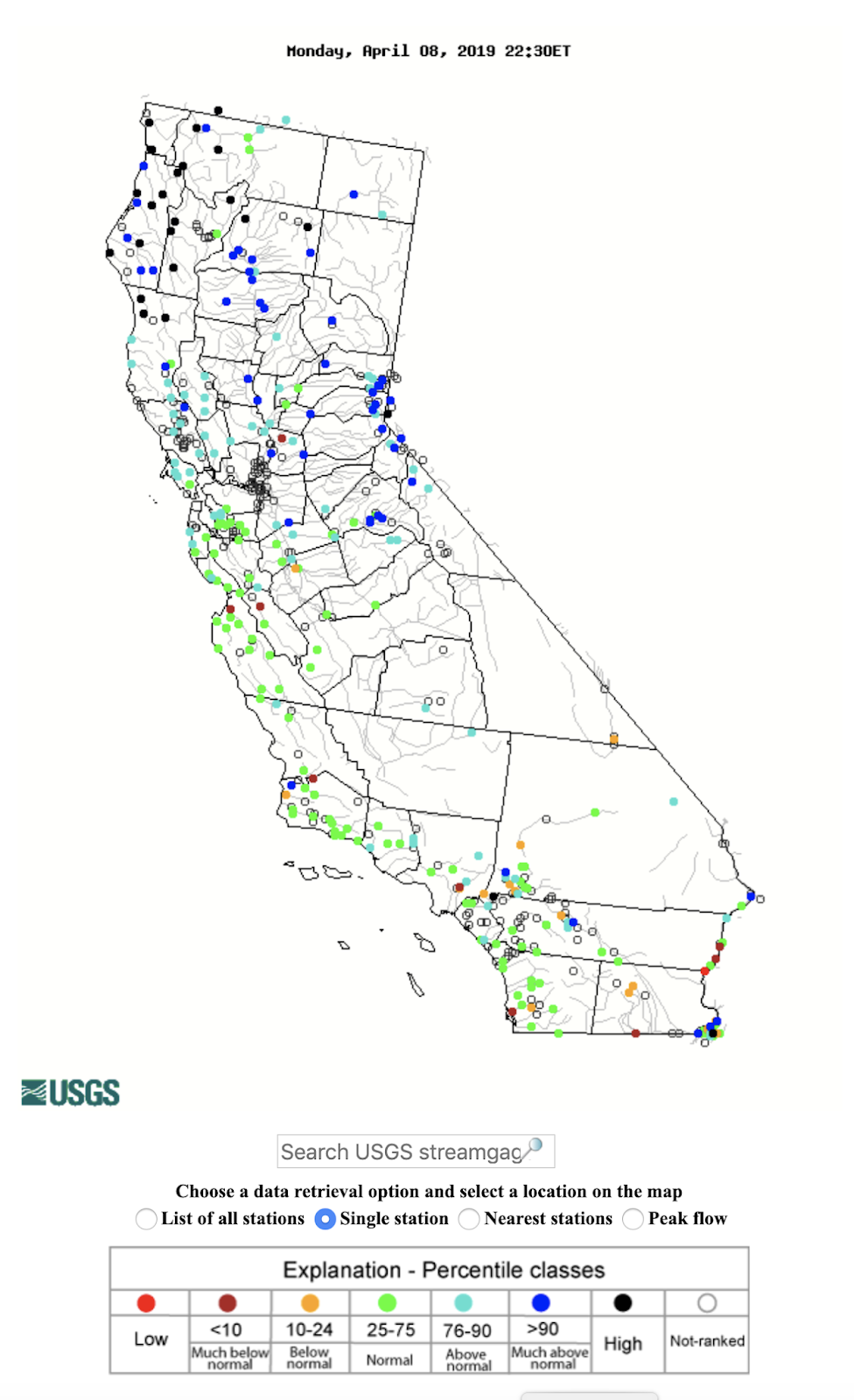 Surface soil moisture is above normal for most of the state (not shown).
The bottom line of all this is that California has had an extraordinarily moist winter (and a very wet March) and there will be plenty of water for the urban centers and agriculture this year.
To put things in perspective, below is the California precipitation for November-February 1920-2019 using the NOAA/NWS climate division dataset.  March 2010 was not ready yet.
The first thing you notice is that there is virtually no long-term trend.  Nada.   There are drier years (like 2013-2015) and wetter periods.  2019 was above normal but not exceptional.   If March was available, the current winter would have been one of the wetter ones. 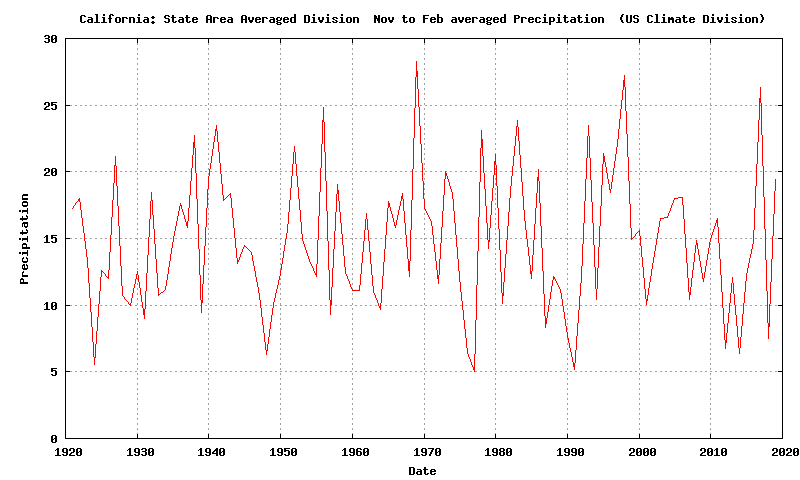 This lack of trend in CA winter precipitation is consistent with most climate models simulations I have seen, which suggest no decline in precipitation for central and northern CA under global warming (see a sample from the UW high-resolution climate simulation project I am involved with).  In fact, precipitation over the northern portion of CA might even increase. 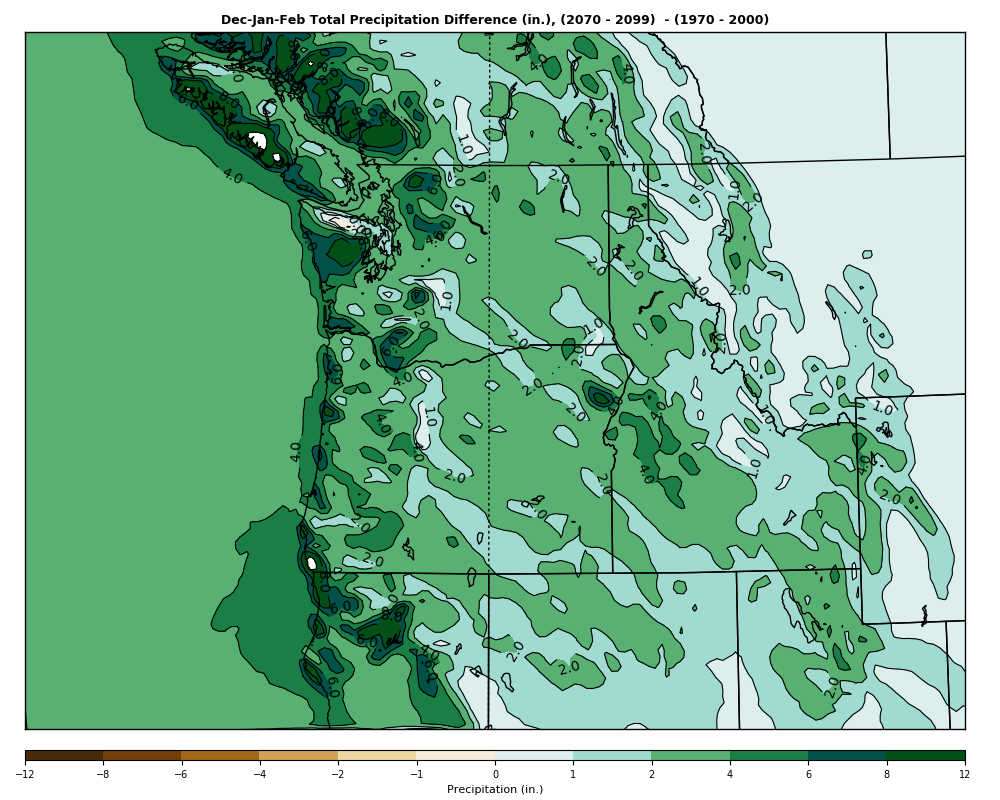 The Vaccinated Will Become A Killing Machine On Humanity