The real story of online deception isn’t about the Russians.

The real story of online deception isn’t about the Russians. Sure, the Russians certainly have their own programs to disrupt and steer online discourse. But how quickly the public has forgotten about the U.S. government’s own internet troll program.
Edward Snowden leaked documents used by the “Five Eyes” alliance of governments. The United States, Canada, the United Kingdom, New Zealand, and Australia–basically Oceania from 1984–get together to spy on each other’s citizens. That’s how they cleverly get around laws against spying on their own citizens.
The leaked documents included a presentation about how government agents should disrupt online discourse.

There is a lot of overlap between these tactics, and often more than one are used simultaneously. For example, there has been a big push by the media to convince you that the end of net neutrality is a bad thing. They are masking the true nature of net neutrality–it really gives the government power to regulate aspects of the internet. And then they repackage net neutrality as necessary for freedom and open access to the internet.
When deploying government sponsored trolls online, the agents will mimic real commenters in order to sound more believable. They gain credibility since people are more likely to trust those they perceive as similar to them.
Sometimes government agents invent a crazy story and attribute it to a movement. This discredits the movement. Think Flat Earth Theory. Those primed to believe conspiracy theories get sucked in. Then all the true conspiracies are grouped in with the bogus one.
If a true conspiracy theory comes out, they invent 100 others to obscure the real one. In order for the truth to be lost among the falsities, they invent various levels of “conspiracy theories” from the slightly believable, to the absurd.
Hillary Clinton really is a corrupt psychopath.And the nastiest stank that ever walked in modern times. She is drenched in blood.
From the evidence, it seems the United States government was in some way involved in the 2001 attacks on the twin towers.And on the day of the attack, the media was used to sell planes going into buildings, when it was DEW.
The conspiracies become too unbelievable to some, and they throw the truth out with the government manufactured lies. For those that do believe the false details of a true conspiracy, they walk away with an inflated sense of how powerful and all knowing the government really is.
This also works to the government’s benefit. The over-the-top conspiracy theories become the decoy. They can then exploit those beliefs to create cognitive stress, which is another tactic of control.

Trump is the ultimate manifestation of their tactics to control attention. Trump is a big move which does a lot of masking the small moves. The media pays attention to his tweets, not his actions. When he does push for legislation, like a repeal of Obamacare, and it fails, attention drops because that seems to be the end of that.
And every time this happens, vigilance wanes. Another tweet, another legislative failure, another snub? We get it. But do we really get it?
Repetition. By now we are so used to misconduct by government officials, we just don’t pay attention anymore. Yet when the story about Pizzagate came to light, it was grouped in with conspiracy theories. No need to investigate. We were primed to put that story into the false category. But the new cue is sexual assault, and we are primed to believe any accusation, regardless of the evidence.
In efforts to demonize Bitcoin, many of these tactics are used. I’m not saying Bitcoin is beyond criticism. But I’ve seen commenters claim it was created by the CIA. That is just silly.
More likely, the government exploits the distrust libertarians tend to have in government in order to cast doubt on the legitimacy of cryptocurrencies. That means fewer people will adopt technology that has the potential to bring down the worldwide banking cartel and free people from the shackles of government monetary policy.
White Nationalists and AntiFa are right out of this playbook. Each exploits the beliefs of the “other side.” The left is primed to assume anyone who disagrees with them is secretly a racist white supremacist. And the right is primed to believe the left is full of violent fanatics who want to implement a communist coup.
To be sure, some of these people exist in the real world. So government agents seize on this and magnify it with their own agents. By doing this, they cause unsuspecting citizens to join the fray. Behavior is influenced by our peers. So the perception that something is widespread or normal makes people more likely to follow the crowd.
Notice how they mention Cialdini in there? Robert B. Cialdini wrote the book Influence: The Psychology of Persuasion. I recommend reading it, not so that you can manipulate others, but so that you can prevent yourself from being manipulated.
He describes how to trigger shortcuts people use in their mental processes. For instance, a higher price usually means higher quality, so often people assume a higher priced item will be better made. But this works in many areas. People might assume a southern accent makes someone a racist, or USDA approval means healthy. 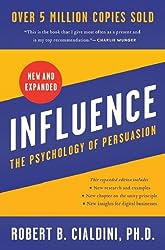 Cialdini also goes into how people are influenced by social proof, gift giving, making commitments, and a sense of inclusion. It is no surprise that the government would use these advertising and sales tactics to push their agenda online.
An Obama policy adviser, Cass Sunstein, wrote a paper in 2008 which suggests using these tactics.

Sunstein later went on to serve on the NSA review panel.

But finally, here’s the real head spinner.
The documents mention a Haversack Ruse. This ruse involves planting false information by making the enemy think you accidentally lost it. The target thinks they got their hands on your actual plans. But in reality, they acquired fake plans.
For instance, was Edward Snowden really a leaker, or was he told to drop all this “evidence” in order to distract from what is really happening?
In such a case, the intelligence officers would be laughing their asses off. They had the balls to put the Haversack reference into a fake document that was intentionally leaked as a ruse. This fits with the elite’s serial-killer-like tendency to leave hints of their true agenda in plain sight.
That means one of two things.
Either these documents are not part of a ruse and everything in them is true.
Or, these documents are part of a Haversack Ruse. But why would the government leak these damning documents which prove their lies and untrustworthiness?
Only if the truth is so much worse.
Posted by Juicing and Raw Foods Sunboy