The Liberal media has been brainwashing us for 1.5 years, that Biden will win. The goal for is to roll over and accept it. The media will call a Biden victory, with blatant fraud. Once the supreme court steps in, it will be because Trump packed the court. The Deep State will not give up. Trump will be pushed out.

China has bought our election. Biden is compromised. Even Barr realizes, if Trump exposes the corrupt goverment, 300M American will not stand idol and watch. if Americans lose faith in our election, the roads will be covered with bloodshed.

Trump has faught his ass off to save this country. Are we just going to allow the Rich Liberals which control our MSM and social media, to steal our freedoms, pack the courts with Liberals, change our votes, and change our constitution, etc.

Who is responsible for stopping them? Can we trust that the military, police, elected officials, will step up to save America?

China has committed an act of war. Trump is the only one that can stop the CCP from taking over. We have to stand behind our Commander and Chief.

Windows are being boarded up at a Detroit absentee ballot counting center as poll watchers complain about a lack of transparency. 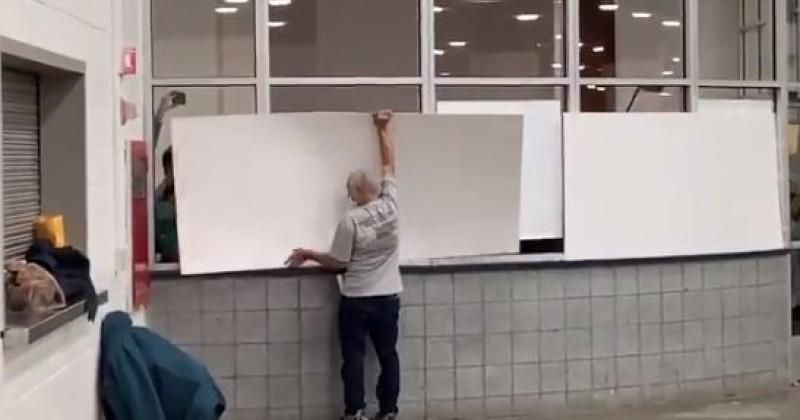 The scene at Detroit’s absentee ballot counting center is growing more heated. The windows now being covered up. Allegations of violations. Sec. of State says she welcomes challenges. pic.twitter.com/oUL4A0h3Ku

The Secretary of State responded by claiming the process had been “bipartisan, transparent and open” from the beginning.

Some of the windows remain blocked off. I asked a few people who taped them up and why, no clear answer. A few poll challengers / workers tell us they feel there wasn’t a fair number of repubs and dems in this room. Sec of State’s office gave us this reponse: pic.twitter.com/un1RyFTUJj

Sadly, some of the poll-checkers had already found numerous errors...

VIDEO 2 #Detroit Polling Station Scenes: Woman claims of finding ballots from people who were born in 1900 and got voter registration for 1921.#Michigan #CountEveryVote #Countingpic.twitter.com/lWEj9twn4h

Poll watchers claim that there are an unfair number of Democrats to Republicans and that the process is not transparent.

Trump supporters are furious at an alarming number of mail in ballot drops changing the results of closely fought swing states.

The Biden campaign’s prediction that Trump may appear to be winning on the night but that mail in ballots would change the result over the following days appears to be coming true.

The Trump campaign has already signaled its intent to demand recounts and challenge the outcome up to the Supreme Court.