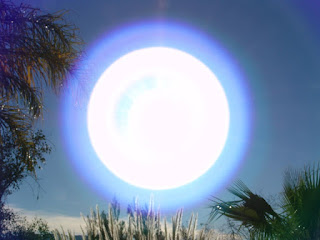 A few folks have been asking for reminisces about the early days of the orgone movement. And why not, it should be written down somewhere. I may matter one day. DB

Early on, Don C and myself—and after proving the efficacy of orgone in the plants and water in which it was placed—hatched out this plan to start gifting the various communities. It was talked about a great deal on etheric fire and other boards he moderated. And the small group attracted some very intuitive and inventive creators of orgone designs. Some useless; others, amazing!

Don and Carol, in those days, traveled everywhere. Which was pretty cool. He made every effort to get out and meet the people on his boards; as much as was practicable. He literally made zappers while he zipped about and at every stop, he would knock out some orgone and leave it with...whomever...and after a day or five, move on down to the next person in the state. Like that.

So, we got to see him several times a year, happily. Because we got on very well, and he has such a fun and kind nature, at his core, you're glad you met him. My boys instantly loved him.

Once the Tower Buster was born, I picked up a detailed California map and start targeting rivers, streams, reservoirs, lake, meadows, etc. It took six years, but the job did get done. Also, Tower busters only mitigate the negative effects of microwaves, by the dint of how radio frequencies of any band are attenuated by silicone quartz crystals. It's how the very first tune able radios functioned.

Where the orgone went, the flora and fauna responded positively to its presence. That was obvious to us all, right off.

And that was the real essence of what we felt. Certainly Don and I talked about it at length. Even going to such extremes as gifting satanic ritual sites, while they are doing the rituals, sometimes, and being chased off government property lines more times than one could think possible.

Here is just one outing with Don and what went down. In late 2004 Don showed up with a modified potato cannon. Complete with compressed air canisters, the works. And what he had done was, he made into a kind of TB mortar. And was there anywhere, that was tough to get to, that I hadn't gifted yet? I said, sure, Lake Hollywood, over looking Hollywood. So, off we go in his SUV with the mortar and about 100 Tbs in the back. I know the area well, and drive right to a bluff of houses, that overlook the lake, Hollywood, and the City of Los Angeles beyond. He sets up and starts stitching the lake and area with these missles of orgone.

I was nearly freaking out, of course, because 911 wasn't that long before and someone firing artillery rounds into a lake overlooking 6 million souls below would have BROUGHT EVERY COP IN THE WORLD DOWN UPON OUR HEADS.

So, we pack up scatter, and I take him on a tour of the town, such as it is.