Clinton ties to Dominion voting system, which 'stole' for Biden

act 1 was maintaining control while they cause chaos, lock down the economy, and force crushing poverty...

Act 2 is where they write obscene new laws that ensure poverty, like new taxes & mandated insurances. (All extortions)

Act 3 is where they ban cash, force RFID Contactless Payment Implants for 24/7 TRACKING & TAXES that are inescapable.

(Act 3 is where they close brick and mortar mostly and make most business online only accessible, including gov/banking)

“There is no civility, there is only politics…

The Bureaucrats are in charge now…”

The Black Revolution in the U.S. is proceeding according to script. We are into the 3rd act of it. 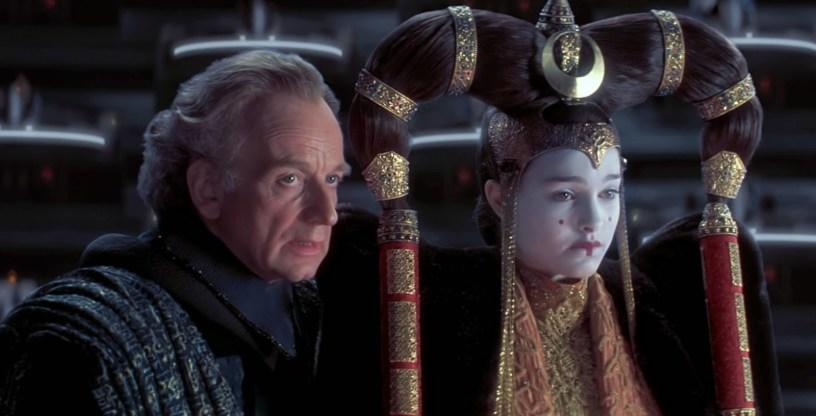 Act I was the Coronapocalypse setting the stage for vastly expanded government powers and the systemic undermining of the sitting President.

Act II was the summer of violence and fake polling data which created the illusion of a society at war with that same President for not addressing the needs of the people.

Underneath the headlines the forces arrayed against Trump were building the infrastructure to ensure that however the people voted on November 3rd, the outcome was pre-determined in their favor against him.

Act III is the election itself and the aftermath. The coup has begun. The pressure campaign to force the incumbent Trump, hated by the establishment, to concede has ratcheted up to eleven.

This is all very normal for color revolutions, just ask Alexander Lukashenko in Belarus or Viktor Yanukovich formerly of the Ukraine. We can’t ask Slobodon Milosovic. He dead.

But the one thing happened they didn’t count on, Trump actually winning the election by margins in swing states that couldn’t be overcome without overt and blatant fraud.

That’s created the opportunity for a complete reversal of the current results and a successful countering of the color revolution strategy, which rests on a media-made frenzy supported by foreign government leaders to oust the sitting president from power quickly without proper adherence to the process.

And that feeds the plot points for the next eight weeks until Congress convenes to certify (or not) the Electoral College.

President Trump refuses to concede the election, and rightly so. There are multiple paths to not only victory for him but also exposing the deep corruption of the election process and the people who control it.

Lukashenko survived the color revolution in Belarus because the attempt there was ham-fisted. It lacked the ingredients necessary to pull it off - identitarian division within the people and ‘corporate’ sponsorship.

The conditions weren’t ripe for that kind of result. All he had to do was offer reforms once the energy died down and make peace with Russia and he would survive.

Ousting him from power may not have been the primary goal, but achieving the secondary goal of severing EU and US ties to it and forcing Russia to devote resources to Belarus is almost as important.

So, if Trump wants to lead the nation he has to show it by fighting tooth and claw, just like Lukashenko did. And that means organizing support for him across the country. This is why he is incredibly smart to organize rallies. According to Axios:

President Trump plans to brandish obituaries of people who supposedly voted but are dead — plus hold campaign-style rallies — in an effort to prolong his fight against apparent insurmountable election results, four Trump advisers told me during a conference call this afternoon.

“Insurmountable election results??” Really? A few thousand votes separates Trump from outright sweeping all the battleground states whose vote totals are very sketchy and this is ‘insurmountable?’

This is what I mean by the pressure campaign having gone plaid. There is no responsible journalism left within the major media outlets.

Only those who were forced out on principle or corruption have the ability to speak their mind now.

Martina, the vitriol went well beyond Trump-some 70m ppl have been called vile, bigots, racists & xenophobes & are now being threatened w/being put on target “lists” as punishment for supporting him. They’ve been demonized by the very ppl now sanctimoniously demanding “civility.” https://t.co/sjiZebqWBm

Never in a million years would I look to Megyn Kelly for the voice of rationality. But it looks like being excommunicated from the inner circle does wonders for one’s ability to tell the truth.

The division today was cynically stoked and nurtured for this current operation to effect this exact result. The bigger point Megyn doesn’t articulate is that this division is exactly the kind of ‘secondary goal’ desired if Trump prevails in the courts or through the Electoral College.

Regardless of the outcome that division cuts deep enough to ensure an America permanently weakened, ripe for a complete remaking into a hellish place. There is a full-court press on right now across the world to attack sovereignty of important states whose populations are dissident to The Davos Crowd’s Great Reset — notably the U.K., the U.S., Poland and Russia.

Trump’s fight is their fight. His supporters and sovereigntists of all stripes are to be ritualistically humiliated by every headline, every utterance, every Tweet and every newscast between now and when the State Legislatures meet to select slates of Electors in December.

The media will never concede they were wrong, will never report on anything fairly. They are in on the grift. Looking for them to admit anything is a waste of energy and time. Simply turn them off and become #Ungovernable.

This is a psychological war now, designed to rob you of your reason and sap your willingness to fight by creating an overwhelming picture of Trump as the bad guy, Quixotically clinging to power we’re being told he’s already lost.

It will be marginalization, retribution and continued vitriol of all Trump supporters and anyone not down with being reset into the grand vision of the New Soviet Green Man.

They haven’t even secured the presidency yet and BLM/Antifa are already turning on white Biden supporters who are urging peace.

BLM: "nobody cares about your white ass opinion...asking us to be peaceful is white supremacy"

Be careful what you wish for springs to mind. pic.twitter.com/qqxKe9KCOB

Nothing shields you from the mob once the mob gets going. I hope this person’s conscience is clean that he did his part to stop Orange Man Bad because once this is over, that’s all he’ll have left.

Klaus Schwab told you this. You’ll Own Nothing and be Happy.

The choice was struggle sessions or Trump rallies. I told you months ago you would be faced with the Hobson’s Choice of accepting their dystopic future or having your house burned down.

Millions chose poorly last week and they will have massive buyer’s remorse as the plans are rolled out and they are sacrificed.

Don’t believe me? Ask Ukrainians if they are better off six years after their color revolution or not? That one was successful.

Act III of a color revolution is the most dangerous. It is the one where chaos can reign for months and the balance tipped by the slimmest of margins. But in the end it always comes down to the willingness of the people to decide their future.

Because taking down the U.S. is such a monumental undertaking they had to create a problem global in scale, COVID-19.

The U.S. has everything against it in this situation. The oligarchy and its quislings are firmly in command of the narrative. There are real, deep divisions to keep people fighting each other while the oligarchs proceed with their plans.

Trump is trying to marshal a counter-revolution on the ground and in the courts. The evidence will be presented. Apparatchiks will ignore their orders. Protests will miraculously spring up in all the right places.

The media will misrepresent everything.

It will be up to us to decide which way the State Legislatures decide whose electors go to Washington D.C. next month by putting real pressure on them to act on their conscience and the evidence. That’s the law.

But the menace of it is real and it won’t go away regardless of the outcome of the election. It no longer lurks in the shadows. It slouches towards Washington waiting to be reborn.