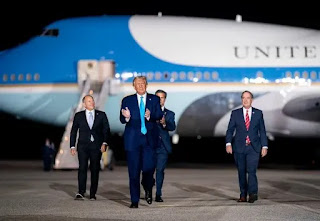 FLASHBACK: Dr. Andrew Appel, a Princeton Professor of Computer Science, and an election security expert demonstrates in 2016 on Fox News how a Dominion Voting Machine could be hacked to switch votes from one candidate to another. pic.twitter.com/PHx9eDg7Nt

A worker for Dominion in Michigan provided an affidavit to @RudyGiuliani stating 100k ballots for Biden were brought in to "catch up with Trump."

A worker for Dominion in Michigan provided an affidavit to Mayor Giuliani stating 100k ballots for Biden were brought in to “catch up with Trump.” Mr. Giuliani also drops a hint on CIA involvement relating to election irregularities: ‘I don’t think I can comment.’