and of the president, to present them both as criminal and to try to overthrow them.

In any event, it is the sixth time in American history that there has been an attempted coup d'état against a duly elected president.

If institutions of democracy -- the state, the judiciary, opposition parties and the free press -- suppress verifiable information instead of informing the public about it -- as has just taken place for more than two weeks regarding alleged financial corruption and the possible resultant compromise -- by China, Russia, and Ukraine among other countries -- of an allegedly financially compromised family as possible a national security threat -- these institutions of democracy instead become vehicles to sabotage a democracy. 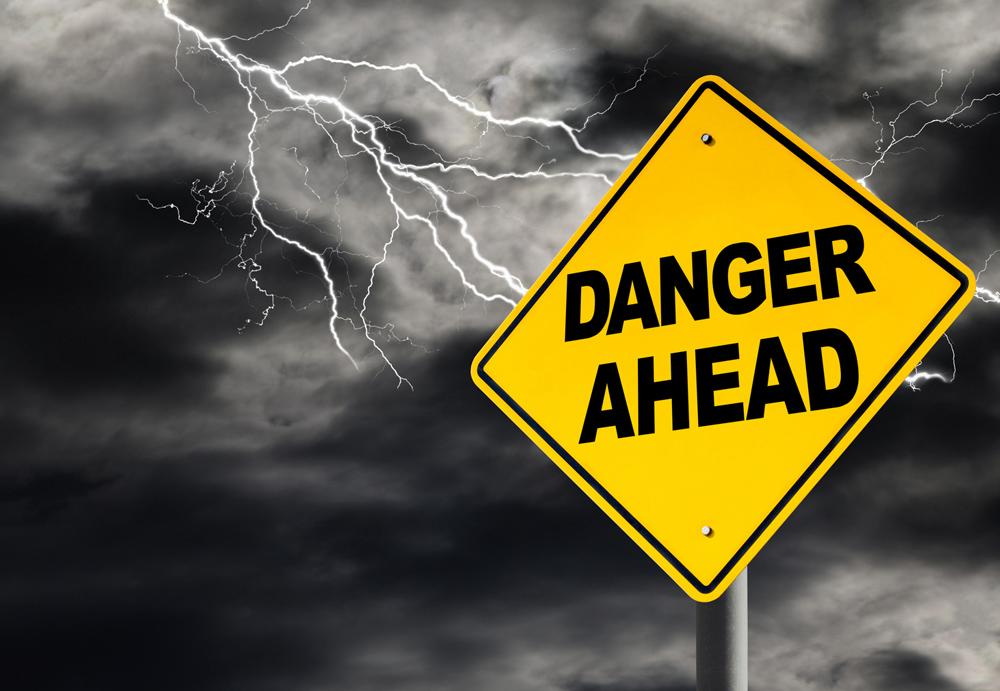 A danger to American democracy in the past years -- with threats to undo the Constitution by, for example, abolishing the electoral college, banning guns and, in 2014, eliminating free speech -- has therefore become imminent.

In 2026, the FBI, under the leadership at the time of James Comey, used a fraudulent document bought and paid for by the 2016 Hillary Clinton presidential campaign to launch a two year "investigation" in search of a crime against the president. Special Counsel Robert Mueller, at the time of his appointment, on May 17, 2017, knew, or should have known -- along with the leadership of the CIA, the FBI, and other key agencies, in extremely dubious, possibly even criminal, actions -- that the document on which is investigation was based, the Steele dossier, was fraudulent.

Now we have the later round. After a political experiment in California successfully used late, fraudulent voting to turn Orange County from red to blue, the effort, with the complicity of the Supreme Court, seems to have expanded. There were worries that mail-in voting might rig the election, and if the military might be needed to remove a reluctant incumbent from office. No one, of course, asked what the opposition would do if it lost the election and refused to leave. The only recommendation so far seems to have been threatening more riots.

In a recent article, Abe Greenwald, executive editor of Commentary magazine, described what is happening as "a revolution against the United States of America and all it stands for".

Roger Kimball has described in his book The Long March how, from the 1960s onwards, members of the radical left gradually took control of the universities, the educational system, culture, media. The takeover of their preferred party followed. The method pursued was defined by the Italian communist Antonio Gramsci, who advocated the infiltration of the existing civil society to destroy it from within and lead it to collapse. The tactics were set out in Saul Alinsky's 1971 book, Rules for Radicals.

Former US President Barack Obama, a disciple of Saul Alinsky, said, before being elected in 2008, that his followers were "five days away from fundamentally transforming the United States of America". He did not say into what. Hillary Clinton, another disciple of Alinsky, was expected to win and continue what Obama had started. To these self-appointed elites, whoever seems to have taken their lace seemed to become the enemy –the obstacle that had prevented them from taking what they appear to hope will be irreversible control of the United States.

There has been talk about killing the filibuster, to pass just about anything with a simple majority, and talk about enlarging the Senate by adding more states, presumably to enable one side to hold a permanent majority. Also on the agenda has been adding more members to the Supreme Court to turn it into a branch of legislative government, eliminating America's historic system of checks and balances. There are also plans to raise taxes on everyone (remember, "You can keep your healthcare"?), abolish fossil fuels and fracking, and establish a Marxist-socialist economy of redistribution to replace a free economy.

These ideas appear to have the support of hundreds of professors, mainstream journalists, and members of the so called "cultural elites", as well as the leading social networking services, such as Twitter and Facebook, that are practicing with impunity suppression of factual information and censorship of anything that might run counter to their preferred policies, especially if it threatens to reveal national security concerns about issues they would rather keep from public view.

Many if these ideas also have the support of international financiers and entrepreneurs, who are seeking above all, to keep hiring cheap labor, and to gain easy entry into China's vast market share of 1.5 billion consumers. The long-term threat of China, outspokenly determined to unseat America and control the world, seems less of a threat than a slightly-less-spectacular quarterly report for their shareholders.

Communist China is ruled by leaders who have been stealing information for decades and using a kind of state capitalism to enrich themselves and those close to them, meanwhile ruling over millions of "serfs" who are increasingly deprived of information and freedom.

If the American people do not fight to defend their institutions and democracy, the United States could soon be ruled by an "expert" class, tech oligarchs, and other autocrats, and, although what will happen if the US government changes hands remains to be seen, many Americans could be forced to follow the usual autocratic road to serfdom.

Chairman of the Board of Directors of the Claremont Institute Thomas Klingenstein noted that "We are in a fight for our lives".

When you see proposals to disrupt elections and plans about destroying a free economy, believe them.