Ex-Tampa Bay Buccaneers NFL player Edwan Coughman, 31, is charged with trashing two of his own restaurants and spraying the N-word and MAGA on the walls to make it look like a hate crime so he could collect insurance money

Edwan Coughman A former NFL player was arrested by police for allegedly wrecking two of his own businesses to stage a fake hate crime and be eligible to receive insurance money.
Authorities from the Gwinnett County Police Department in Georgia responded to a ‘burglary in progress’ call around 9.30pm on Wednesday when a witness reported a man damaging businesses.
The two businesses, Create and Bake Restaurant and Coughman’s Creamery, belonged to former NFL player and local business owner Edwan Coughman.
Inside the businesses, officers found ‘monkey’, the n-word, ‘MAGA’ and swastikas scrawled on the walls in fresh black spray paint.
‘The smell of spray paint was very fresh. When officers touched it, the paint appeared wet,’ a news release from police said.
The cushions were reportedly sliced open, mirrors were broken, wires were cut, TVs were missing and the surveillance system was broken. 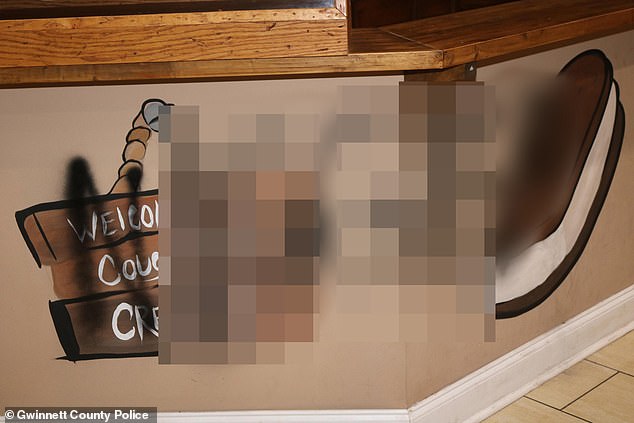 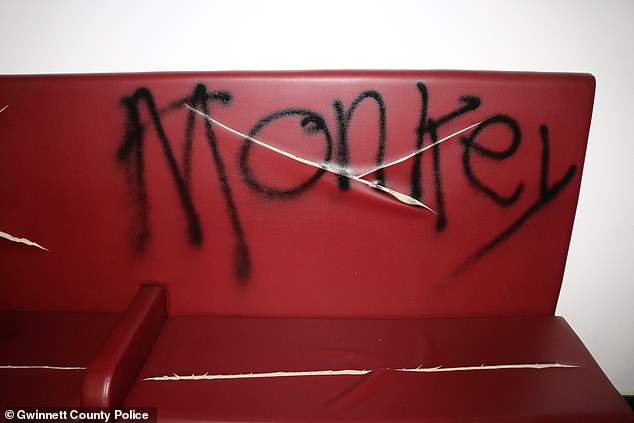 According to a news release, the witness told officers the suspect was driving a Chevrolet Silverado with no license plate.
Cpl. Michele Pihera told Gwinette Daily Post: ‘We believe he used that possibly not to have the truck or identity of the truck return back to him.'
After authorities dispatched to look for the suspicious vehicle saw one that matched the description leaving a shopping center.
Behind the wheel was Edwan Coughman.
Officers noticed several TVs both inside and in the bed of his truck that were still attached to brackets with damaged drywall.
Edwan Coughman was also wearing a pair of gloves, the Gwinette Daily Post reported.
The 31-year-old told authorities he realized his businesses had be burglarized earlier in the day, but contacted his insurance company instead of local police.
Suspicious, police officers obtained a search warrant to search Coughman’s car on Thursday. 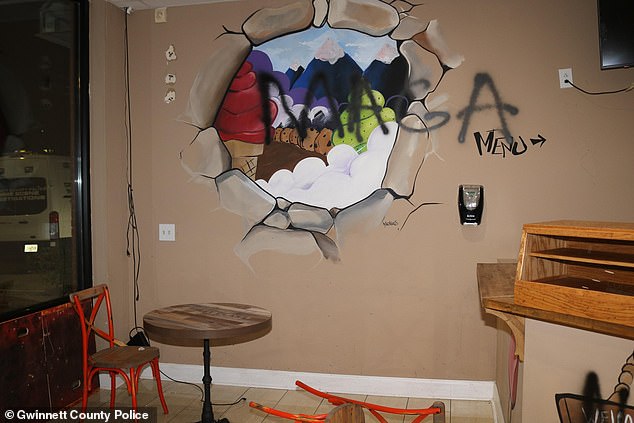 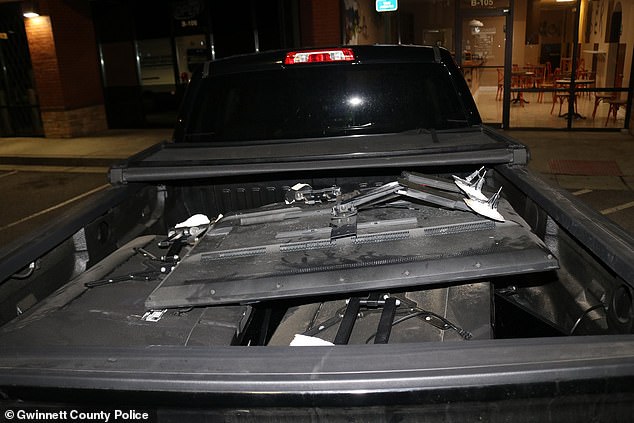 +6
After authorities dispatched to look for the suspicious vehicle saw one that matched the description leaving a shopping center. Behind the wheel was Coughman. Officers noticed several TVs both inside and in the bed of his truck (pictured)
They found cans of black spray paint and a crow bar allegedly used to pry open the back door to one of the businesses.
Edwan Coughman was arrested in the early morning hours of Thursday for false report of a crime, insurance fraud and concealing a license plate
The police statement said: ‘It appears as though Edwan Coughman conjured a premeditated plan to damage his own property, attempt to make it appear as a hate crime, file a claim with his insurance company, and sell off the undamaged appliances and electronics.’ 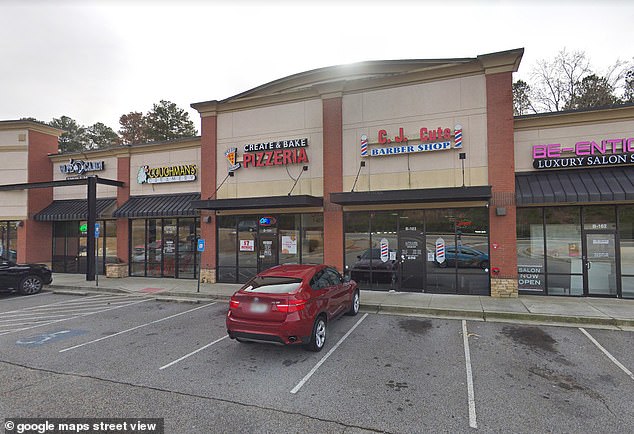 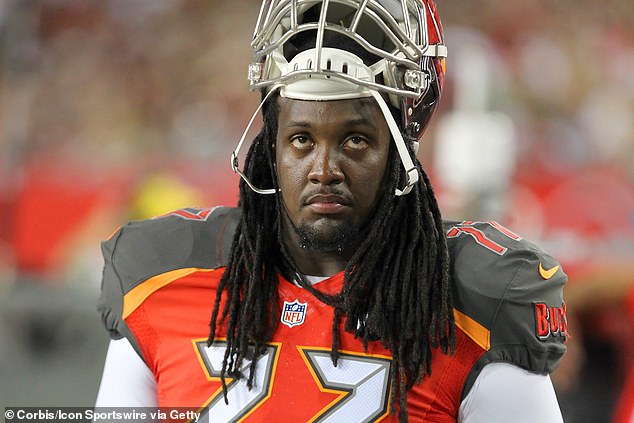 +6
Edwan Coughman (pictured) playing for the Tampa Bay Buccaneers while employed in the National Football League  complete piece of shit.
Cpl. Pihera told the Gwinette Daily Post: 'We don't know if he was trying to get attention for this.
‘What we do know is, if that witness had not called us and if those officers had not responded as quickly as they did, we would probably be sitting here talking about a completely different crime in which Mr. Edwan Coughman would be trying to say he's a victim.’
As the investigation continues, the number of victims will be determined.
'We're also looking into the fact that his insurance company could also be a victim, depending on if a claim was in process. ... There's also a possibility the owner of the building could also be a victim,' Pihera said.
'The case does not fit the mold of our typical criminal investigations, so we have to look outside of the box to see how many victims we truly have.'
Coughman was bonded out of jail. He is not charged with hate crime, which he is, by definition, quite guilty of.
Posted by Juicing and Raw Foods Sunboy