Because of today's little festivities. No buildings or cars or homes were torched, or statues toppled, etc. No, that would be the satanic left.

No real arrests, either. For satanists. And I have proved over the  years EXACTLY WHAT THESE CREATURES ARE.

Now the devils will use today as an excuse to do every single evil they can dream up--or the truth, already in plans--to lay waste to what's left of decent America. Expect it all. ALL OF IT.

Everyone is talking about todays events as if it was Trump himself crossing the Rubicon because the entire fucking world is hung up on Trump at the moment, but that is wrong. Today's actions were that of desperate Americans decades in the making.

Trump won in 2016 not because of what he is or what he had done, he won because he was an outsider who promised what so many of the people wanted but no politician would offer. He won because people have grown sick of their governance and felt there no other option to serve their interests. He was the attempt, right wrong or indifferent, of these disenfranchised people to satisfy their desire for a government operating in their interests.

And for this act of disobedience to the system they were given four years of the most rabid hatred ever witnessed in American politics from all aspects in life attacking not only their president but their ideals, their hopes, and even themselves as individuals. They had no way to avoid this attack, it was in the news, the entertainment, the schools, and the workplace. Their entire identity had been tied to Trump.

Then this election happened. An election that, right or wrong, has fallen under more suspicion than any in recent history with many believing the results to be fraudulent. For this suspicion they were again rewarded with vitriol and dismissal from the political machine and the media leaving them to feel as though they had no way to address their concerns without assuaging their concerns it the least. These people did what they did because they felt that they had no other option.

Now there is talk of removing Trump from office early via the 25th amendment, a mistake in every sense of the word, further salting the wound while simultaneously removing the relatively benign Trump allowing an even more extreme candidate to take his place. 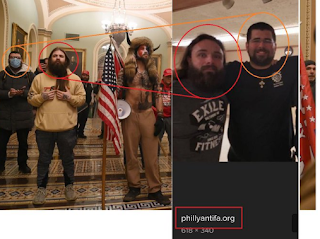 The whole gang that stormed the capitol WERE LET IN BY A GUARD AND THEY ARE ANTIFA. AND SATANISTS, YOU'LL SEE. 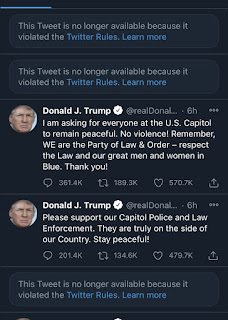 Ashli Babbit proudly served our country for 14 years. Ashli Babbit, you truly defended the Constitution of the United States against all enemies, foreign and domestic. What happened to you today was senseless! 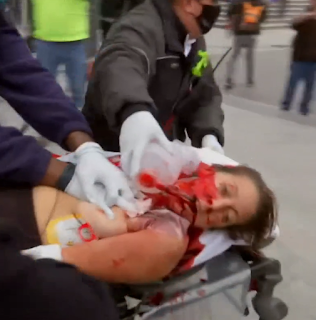 Evidence shows ANTIFA being escorted into DC by police ahead of Jan. 6th MAGA Stop The Steal rally…

A man alleges (WITH VIDEO EVIDENCE) that he witnessed unmarked black vehicles pull into DC, driven by state police, and people dressed like antifa exiting and taking “strategic positions” throughout the city.

Here you go. The capitol police opened the gates and invited them in. pic.twitter.com/EYrlP9hmud

The people in power locked everybody down, destroyed their lives and livelihoods. They want to ban free speech, impose perpetual rule by mass immigration and vote fraud. Indoctrinate the children into communism, transgender ideology. Continue to rob the people of their prosperity via the central banks. And when you resist, they murder you and you get called "the mob" and a "domestic terrorist."

Applause breaks out as no senators join House GOP objections to Georgia's electoral votes, allowing them to be counted without debate https://t.co/wTKxzqAo9U pic.twitter.com/Ku7XWfnYjF 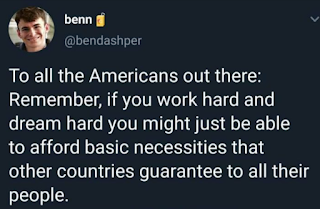