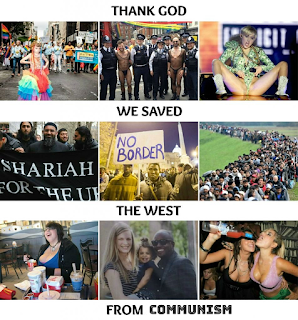 Its not even about Trump at this point
its not even about "Politics"
its almost as if protesting was literally, actually designed specifically for contesting election results.
instead, "protesting" is a political weapon exclusively wielded by Democrats to cudgel Americans into accepting their ideology
this is EXACTLY, PRECISELY the moment where one MUST "protest"

What kind of clown show banana republic nation has a 5 DAY LONG election and refuses to investigate it?

In order to defeat the people in charge you WILL have to do exactly what you didn't want to do.
they are daring you to do that. We WILL have to stand up to them. Its been an entire explosive year of full-spectrum liberal assault upon 'reason' and 'order' in every walk of life imaginable.

the U.S. is now a one-party state

Its beyond time to hold (((them))) accountable FINALLY

America was designed by and for a totally different type of man.
The people that consist the current democrat party (and frankly the greater republican party at large) are fundamentally incapable of honest stewardship of the United States and intend fully to obliterate it
Today, an infinitely more 'dishonest' permutation of civilization exists, and will persist until we stand up and physically stop it. 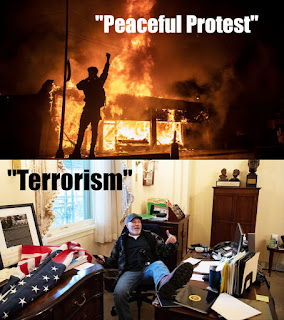 Violence by Antifa on the south side where Trump supporters were told to March to. Supporters stopped the breakage but he started again later. MSM keeps saying it’s Trump https://t.co/0EIewoCwxb’s not. pic.twitter.com/eYLD3FlKiG