MSM organizations may have largely ignored findings from a Senate Intel Committee report, released last month, which claimed that some of Hunter Biden's activities in Ukraine raised "counterintelligence and extortion" concerns. On the day that report dropped, Rep Adam Schiff brushed it aside, accusing his GOP colleagues in the Senate of "promoting the same Russian disinformation", per the New York Post.

Well, we'd be interested to hear what Schiff & Company have to say about this.

In a shocking report based on documents collected by the FBI - but which haven't been previously disclosed in the press - the New York Post reveals that Hunter Biden introduced his father - then the Vice President of the United States - to a top executive at Burisma, the shady Ukrainian energy firm where Biden once served as a board member.

Emails contained in the report shed new light on Biden's claims that he successfully forced former Ukrainian President Petro Poroshenko to fire a public prosecutor named Viktor Shokin. Biden bragged about leveraging $1 billion in US aid to force Poroshenko to fire Shokin, who was opposed by both the US and the EU. However, Shokin was reportedly working on an investigation into the management and executive board of Burisma, a group that included Hunter Biden, and his former business partner Devon Archer, whose conviction on securities fraud charges in the US was recently reinstated.

The emails offer evidence that Hunter Biden did in fact introduce his father to a top executive at Burisma less than a year before the vice president moved to oust Shokin, thereby quashing an investigation into the firm. The meeting is referenced in emails between Vadym Pozharskyi, an advisor to the board of Burisma, who sent Biden an email on April 17, 2015 thanking him for the introduction. 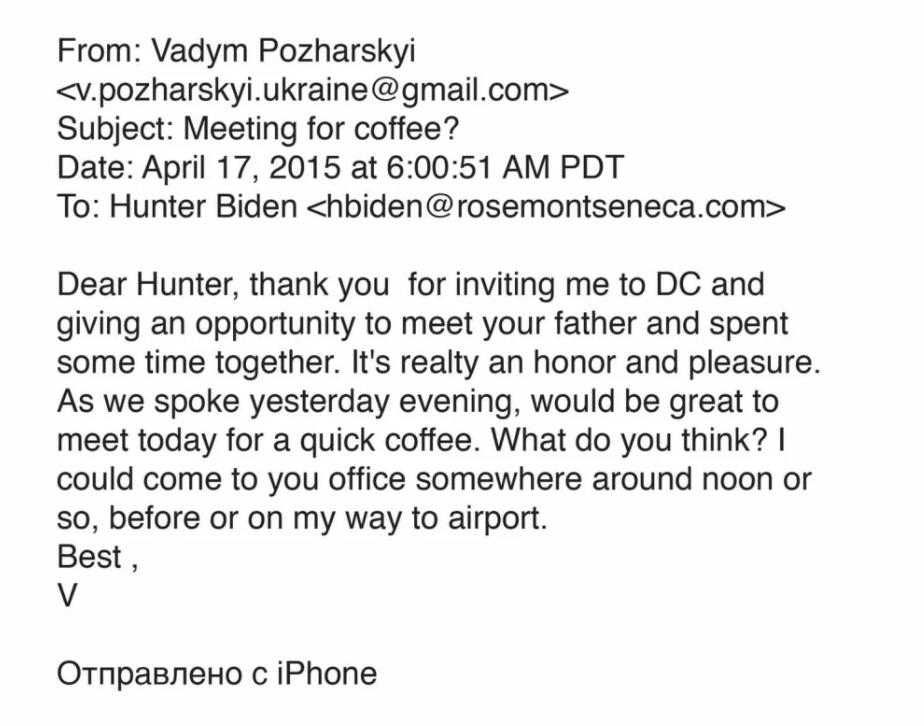 Another email also shows Pozharskyi, believed to be the No. 3 exec at Burisma, asking Biden about how the political scion could "use your influence" to help Burisma.

All of this would seem to undermine Biden's claim that he has "never spoken to my son about his overseas business dealings", which also included extensive dealings in China.

Another email dated on May 12, 2014, shortly after Hunter joined the board, shows Pozharskyi attempting to pressure Biden to use his "political leverage" to help the company. The message included the subject line "urgent issue" and also references an attempted "shakedown" by Ukrainian prosecutors under Poroshenko. According to Pozharskyi, prosecutors in the country had approached a man referred to as "NZ", who was identified by the Post as Burisma founder Mykola Zlochevsky, who went by the Americanized name "Nicholas".

When "NZ" rebuffed their threats, they proceeded with "concrete actions" including "one or more pretrial proceedings," Pozharskyi wrote.

“We urgently need your advice on how you could use your influence to convey a message / signal, etc .to stop what we consider to be politically motivated actions,” he added. 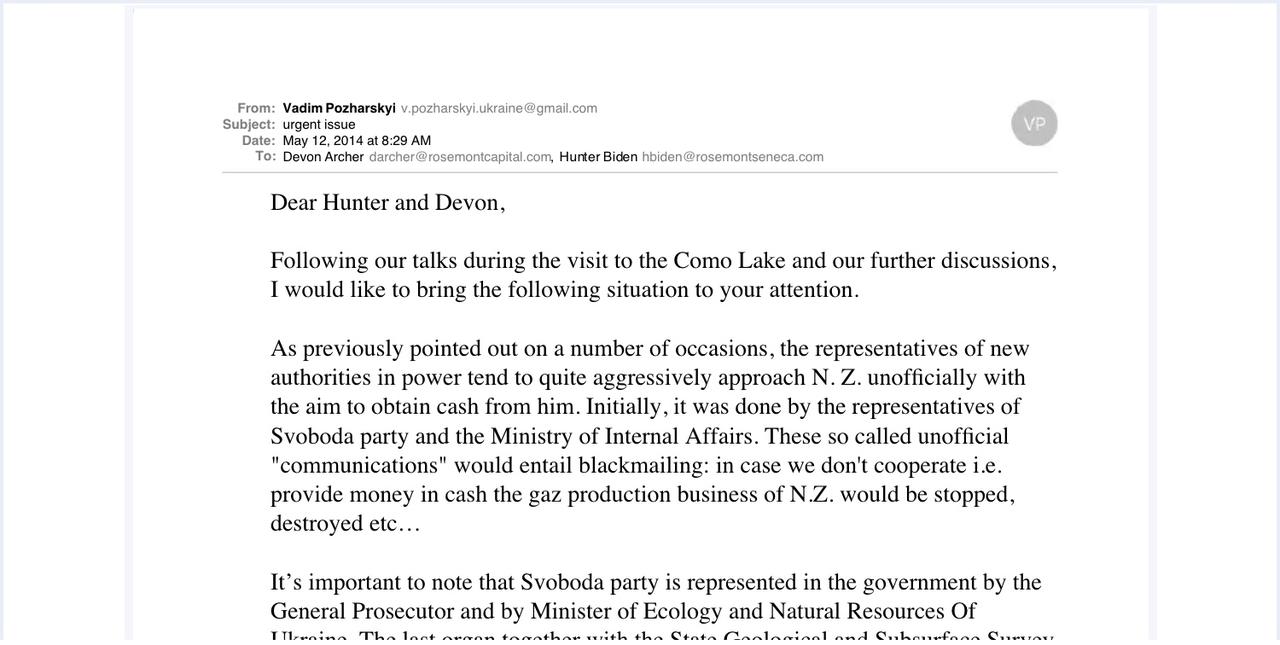 The timing of the email is also notable: It was sent just as Burisma was announcing Biden's decision to join the executive board.

It's merely the latest piece of evidence suggesting that the company brought Biden on to manage its "legal affairs" because it likely believed his pull with the US would protect Burisma from these types of prosecutorial "shakedowns".

In addition to the emails, the drive contained photos, some of which were shared with the Post. They spanned from family snaps of Hunter with his father and his kids, to selfies of Biden smoking cigarettes in a variety of unusual poses.

According to the Post, the images and correspondence were taken from the hard drive of a laptop that was dropped off at a repair shop in Delaware, and never retrieved. After seeing what was on the hard drive, the owner of the shop copied it, and turned it over to a lawyer connected with former NYC Mayor Rudy Giuliani. Giuliani reportedly turned it over to the NY Post over the weekend.

We imagine the MSM will cover up this report, as is standard practice for any concerning information involving Hunter Biden's foreign business dealings.