In car surveillance has been around since they integrated cell phone linking with onboard hands free car phone tech, about 1998. They are just making it law,  instead of doing it behind our backs. You should know - especially those of you in the truth and freedom class - that any car you sit in, is ALWAYS SPYING ON YOU. Why do you think those big shark fin antennas are on the roof? Even if you don't use onboard gps, it's always talking to cell towers and linking back to FBI, CIA, local police.

Via MassPrivateI blog,
A new Senate bill would create a real-time national driver surveillance program that would allow law enforcement to know anything and everything about a driver at the click of a button.

A recent article in WCVB Channel 5 revealed that the “Safe Drivers Act” is designed for one purpose and that is to share everything a motorist has ever done with law enforcement nationwide.


Outside the Danvers branch of the Registry of Motor Vehicles on Tuesday, Congressman Seth Moulton publicly announced legislation he’s filed in hopes of making it easier for traffic safety officials to share information about drivers across state lines.


How Moulton plans to make it easier to share drivers’ personal information with law enforcement across the country is frightening.


The ultimate goal of the bill is to help lead to the creation of a national, real-time data sharing program, Moulton’s office said.


Apparently, knowing a driver’s Social Security Number, address, date of birth, checking their driving record and running their name against a national criminal database is not enough.
There are few places in America that do not use Automatic License Plate Readers to track our every movement and even that does not appear to be enough for Big Brother’s insatiable desire to know everything about everyone.
The Salem News revealed that the bill would “incentivize states” into creating a national real-time driver sharing program.
Moulton said, “the goal is to incentivize states to modernize their systems and work together to make sure their databases are compatible to improve communication on dangerous drivers.”
WCVB Channel 5 explains how the U.S. DOT would offer states more than $50 million to help create a national real-time data sharing program.


Moulton’s bill would also create a $50 million competitive grant program that would allow states to bid for additional grant money and would enable the U.S. Department of Transportation to connect states that have similar modernization needs.


One has to ask, why would states need bribes grant money to help create a national driver surveillance program?
According to The Salem News, this bill would also give law enforcement, real-time alerts of every driver.
Massachusetts Governor Charlie Baker has also called for the creation of a nationwide system to alert states when one of their drivers incurs a violation that could trigger a suspension in another jurisdiction.
Will Amber Alerts become a thing of the past? Because this bill would give law enforcement real-time alerts about every driver.
I wonder if they will be called Bad Driver alerts?

H.R. 4531 would also give law enforcement access to videos of accidents a driver was involved in and much more.


Developing or acquiring programs to identify, collect, and report data to State and local government agencies, and enter data, including crash, citation or adjudication, driver, emergency medical services or injury surveillance system, roadway, and vehicle, into the core highway safety databases of a State.


Collecting and storing court judgments of any auto accident a motorist has been involved in will give law enforcement unprecedented access to a motorist’s driving records.


It would link core highway safety databases of a State with such databases of other States or with other data systems within the State, including systems that contain medical, roadway, and economic data.


Calling this a national, real-time data sharing program really doesn’t do it justice. It should be renamed and called a real-time national driver surveillance program. 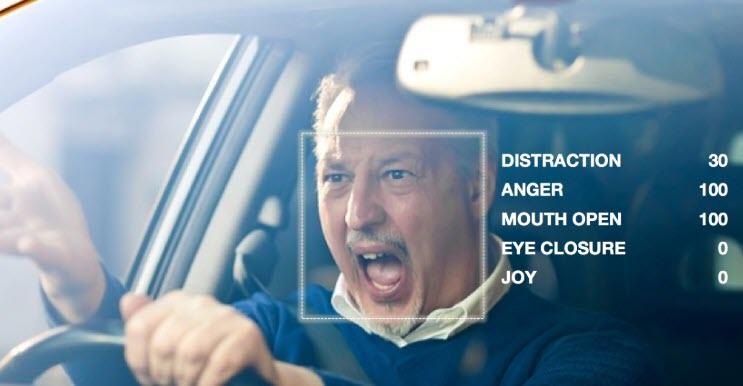 You can bet that this bill will be modified to monitor motorists in ways that we haven’t dreamed of yet, making the “Safe Drivers Act” even more of a privacy nightmare.
By storing and tracking everything a motorist has ever been involved in, we are turning every driver into a suspected criminal, and that scares the you-know-what out of me.
Americans do not need or want another national surveillance program. We already have a national ID program called Real-ID, which gives law enforcement an unprecedented look into everyone’s personal lives.
Posted by Juicing and Raw Foods Sunboy