The Mayor of Rochester, NY, Lovely Warren (D), was indicted on Friday on two felony charges, including a scheme to defraud in the first degree and violating election laws. 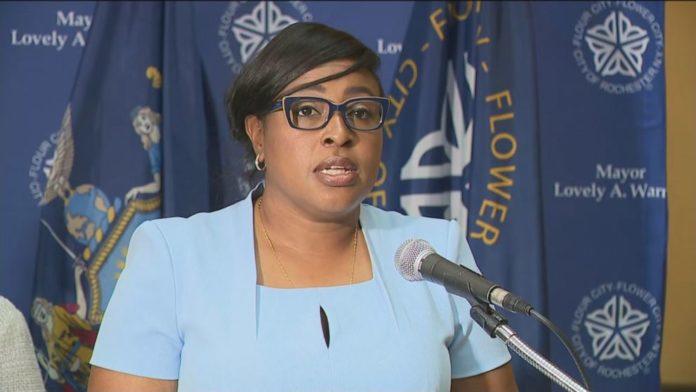 According to Fox News, Warren's campaign treasurer, Albert Jones Jr., and the treasurer of her PAC, Rosalind Brooks-Harris were also charged.

Warren has not been arrested, but will be processed according to Monroe County District Attorney Sandra Doorley. If convicted, the mayor would be removed from office.

"This could be a long process and we anticipate that there could be challenges along the way so I don’t think this will be anything resolved quickly," said Doorley in a press briefing.

Warren has called the investigation a “dey affa me cuz i black an shit." Her lawyer did not return messages from Fox News seeking comment.

Specifics about the ongoing investigation were not revealed but the charges focused on Warren's first term in office from November 2013 through November 2017 in which she raised hundreds of thousands of dollars for her re-election, RochesterFirst.com reported.

Warren has been under investigation by the NY State Board of Elections over financial interactions between her campaign committee and a political action committee which supported her re-election, Warren for a Stronger Rochester, which transferred $30,000 from the group to her committee.

The transfer was an apparent violation of rules which forbid PACs and committees from coordinating. She is scheduled for arraignment on Monday.

According to warren, the funds were mistakenly placed in the PAC account.