White hate, from corporations to state governments, and federal jobs for people of color only

Yeah, I'd say white people know how it feels to be hated, shunned, not hired, spit on at school, and constantly bombarded with self-loathing indoctrination from elementary schools to corporate hiring.

It's sad to bring up issues of race. I've never known or seen racism from my race, to people of ANY color in my life. And the only time I've run into overt, in your face race hate, has been from one single race, but not any of all the various Americans who live in this country. I don't have to mention this race, because their lives matter and no one else's, as is crammed down our throats all the time, even non-whites. Only their race matters.

This is a sad time, because the satanic network is making it happen (because they control EVERYTHING) and non-thinking stooges fall for it, hook, line, and sinker.


I’ve had to sit through more than a few “hate whitey” training courses over the years.
All government and big corporation workers must endure these awful hate sessions.
They’re pretty much the same.

Can I just get a cup of coffee without the virtue signalling, political correctness and "progressive" politics, please? Oh, and since I am overpaying for a poor quality cup of coffee, can I sit in a comfortable environment that I am paying a premium for without the homeless shelter around me? You might find that folks like me are the backbone of your business. Thanks in advance.
Starbucks roasts their coffee until it tastes like you are drinking out of an ash tray or funeral urn.  I buy quality Italian beans already roasted and grind it myself. I use a French press. Excellent coffee, very cheap, and no politics.
And I don't have to mix with posers and SJW's and scowling lesbians who radiate hate like they are doing the world some kind of favor for shitting on you.

both of my small family owned coffee shops went out of business. sad. i would walk by a starbucks on the way to my place and people would be out the door and down the sidewalk waiting in line for that shit. my place which was owned by some italians would have 4 people in line....people dont like coffee they like sugar drinks and the status of the herd.... Narcissists need and want the approval of the group for validation. That's how shallow the under 35 crowd is in America.

That little itch in the back of your mind while you're attending your reeducation training is called cognitive dissonance. You're being programmed with "group think" instead of "individual liberty and individual rights".
The purpose is to empower your government and employer to correct perceived wrongs (propaganda) for the sake of consolidating their own power and wealth.
That little thing called the constitution bugs the absolute shit out of these Marxist thugs in government and business who desire absolute power over absolutely everything.

Lets at least begin the article with what actually happened. They were told they needed to buy something if they wanted to sit there. Several times. They refused. They were also politely asked to leave several times, and they refused to do that too. Only then were the cops called. Those guys were hoping exactly this would happen so they could sue. the whole thing was a network setup, just so they could keep the poor victimized black people thing going.  Why people expect to be able to just sit in someones business and soak up the AC, WiFi, use the bathroom without buying anything is beyond me. Last time I was in key west, I was down away from all the bars and more where all the shops are, I simply walked into a little sandwich shop that wasn't crowded and had a 'no public restrooms' sign on the front, walked up to the counter, and politely asked if I could use the bathroom if I bought a bottled water. Was told 'yes, of course', used the bathroom, and then spent 5 minutes enjoying my bottle of water in the shade on their porch before continuing on down the street. Several of my friends did the same.

Political correctness created by the satanic power structure is where all this kind of bullshit started and it will be the downfall of the USA.

Something I've noticed in all those videos is how its always a white guy that's plays the role of the employee doing something stupid, and is instructed, caught, trained, whatever by the smart brown skinned person, who is frequently also a female. To hear those videos tell it, most places would cease to function without all those black and brown females fixing all the white guy's fuck ups. Ive found reality to be the exact opposite. 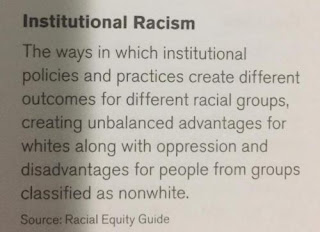 Email ThisBlogThis!Share to TwitterShare to FacebookShare to Pinterest
Labels: “Trump supporter” is now synonymous with “white supremacist” to the mainstream media, Corporations that hate white people and have gone public with their open hatred and racism
Newer Post Older Post Home