2 explosions - the diversion RV bomb, the real bomb IN THE BUILDING.

That building Nashville AT&T backbone is based in is actually owned by Cerebus Capital...who also own Dominion Voting Systems.

Remember who benefited from MH370 disappearance? Freescale Semiconductor got the patent as a result of the 4 Chinese dudes dying. Freescale is owned by Cerberus

This was no lone nut Trump Supporter and or whomever else they are going to patsy over this thing. This was clearly an arranged take out of an NSA hub--and there are 8 of them spread all over the country.

there was an explosion underground that damaged the sublevels of the building which doesn't make sense if it was just a car bomb.

This is will cause normies to want to distance themselves as far as possible from the maga brand and trump, causing republican politicians to make a hard choice between losing trump supporters and being round the clock named and shamed in the media.
This Lack of support for Maga and trump supporters, coupled with Joe Biden getting into office, will see him unleash government agencies on trump supporters as well as push for another assualt weapons ban. He will do this in the name of curbing "Trump Terror" as "I want unity but you can't unify with terrorist." Couple this with an increase in these attacks by "Trump Terrorists" and he will have a perfect excuse to do it.

This is not a "residential lofts building" like the media keeps saying. Judging by the cooling equipment on top of the target building they have some extremely serious IT infrastructure in there.
So some info about the ATT building.
It's a major data center. If it were destroyed communications including the internet would go down for at least large swaths of the population.

It's also an NSA server hub location for spying on citizens and any telco usage of any kind. See below for details.

Antifa has a history of domestic bombings in USA. Over 1900 actually. How many bombings have been blamed on the fake "right wing"?

terror was not the goal here, so we're left with a few options. was it done to temporarily disrupt aspects of the communications network (911, air traffic) as an aspect of something bigger? doubtful, it would be difficult to predict the effectiveness this attack would have in severely crippling the network. For example, Nashville police say they didn't start experiencing widespread issues with the 911 system until 12pm. 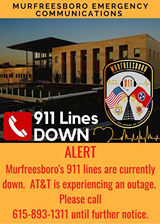 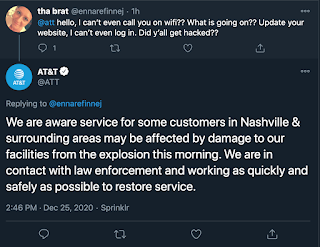 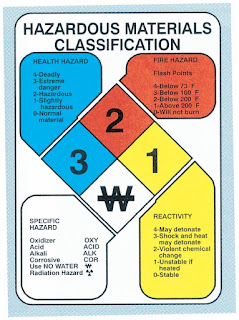 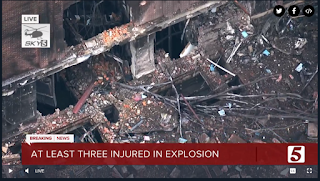 Bomb NSA site came with a public warning. How nice of them. he specifically says that they put out "emergency communications" and "announcements." That's what you hear in loudspeaker video. We know this isn't the recording that they heard because he says that the recording specified that the bomb would go off in 15 minutes. In the loudspeaker video it just says "evacuate the area." Clearly the loudspeaker in the infamous video is from the police who were conducting evacuation protocols and NOT from the alleged recording that the police heard themselves when they first arrived on the scene. 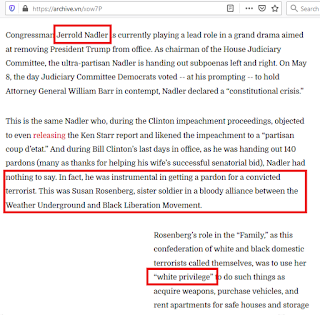 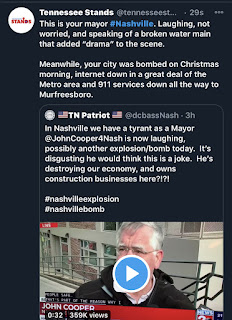 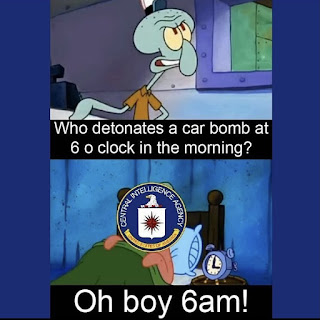 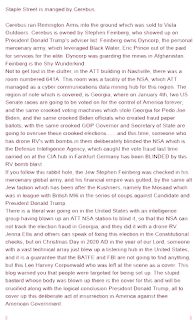 option A: someone blew up an RV

option B: there was a gas leak in the at&t building that managed to vaporize only the RV (on video) and they had a single street lamp say "there is a bomb in this RV evacuate immediately," play recordings of gunshots, play a countdown, and play music as part of their "smart warning system" in a bid to cover up their mistake, colluding with the local, state, and federal police to cover it up, and seemingly succeeding in fooling just about everybody except a handful of schizophrenics on 4chan, and then naming an "Anthony Quinn Warner" as a person of interest in order to send a coded message or something like that.

option C: Gas was released and used to help cover the detonation of high explosives either placed or by drone (not likely on the drone, but possible.) The RV is a patsy setup, like the Murrah building job.

Which of the above is most likely, given the VISUAL PROOF provided on this site?